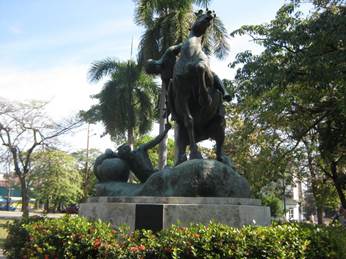 Fernando Damaso, 8 March 2016 — At the 31st Ordinary Session of the United Nations Human Rights Council, which met in Geneva, the delegation of the Cuban government, headed by Mr. Pedro Nunez Mosquera, Director General for Multilateral Affairs and International Law of the Ministry of Foreign Affairs (MINREX), was upset because a few days before President Obama’s visit to Cuba, Mr. Antony Blinder, Undersecretary of State of the United States, pointed out some outstanding issues for the Cuban authorities with regards to Human Rights, such as the importance of the Cuban people being free to elect their leaders, express their ideas, and enjoy a flourishing civil society.

Normal relations between governments means mutual respect, and not quiet acceptance of what they consider wrong. It seems that the “socialist heritage,” when relationships are between “brothers” means accepting and applauding everything each other does, continues to weigh on our leaders and their representatives in international forums.

As a result of this misconception, determined by ideology and politics and not by reasoning, the Cuban government supported the Soviet Union’s invasions of Czechoslovakia and Afghanistan, and looked kindly on Soviet interference in the internal matters of other countries and, recently, supported Russian policy against Ukraine and the dispossession of Crimea, failed to criticized the North Korean nuclear tests and took sides with the Venezuelan government against the victorious opposition, supported Kirchnerism in Argentina and against the newly elected government of Macri and, also the loser Evo Morales in Bolivia. The list could be endless.

It is no secret that change is very difficult, especially when the same things have been repeated for five decades. To repeat absurdly that “the Cuban people freely decided their destiny in January 1959” ignores the fact that since then almost four generations have been born, who had nothing to do with what happened on that date, who have the right to an opinion, to decide and to change what they consider obsolete, it childish and lacking in seriousness.

It is like trying to condemn the nation to eternal immobility. Repeating the worn out “chorus” of “solidarity” in areas in healthcare, education and sports, as an argument that Human Rights are exercised, is getting boring. When we talk about Human Rights were are talking about those contained n the Universal Declaration of Human Rights approved by the United Nations, and not the rights invented at the convenience of the Cuban authorities.

Putting forth the idea, as a defense against its critics, that the United States or the European Union should change its laws if they want Cuba to do the same, aside from being pedantic shows a lack of political intelligence in a globalized world, where the right to an opinion and even to criticize belongs to both governments and citizens. Putting blinders on so as not to hear or accept criticism is a suicidal position, totally divorced from elemental logic.

If our authorities want to be respected and taken into account in the international arena, they should start by changing these obsolete conceptions of foreign policy, which instead of helping make it difficult to maintain stable relations.