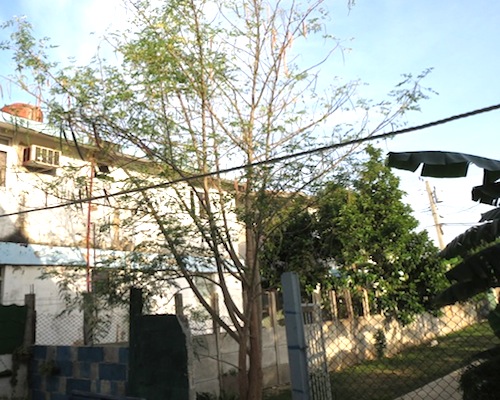 HAVANA, Cuba – Not that my neighbors would agree. It was purely coincidence. While the workers on the state payroll marched in the Plaza of the Revolution, my closest neighbors ran out of patience; they rebelled and demanded that I cut down my moringa tree.

It had been planted in November 2011, less than three years ago, when at the behest of Fidel Castro several trucks handed out saplings in polyethylene bags to the residents of Santa Fe, Cangrejera, Baracoa, Jaimanitas and the residential neighborhoods adjoining the Commander in Chief’s exclusive enclave, known as Ground Zero.

Along with the free saplings they also delivered a brochure printed for the occasion, explaining the properties of this plant, native to India, which according to the government is able to raise the dead and to nurture the living with protein, without the need of eating beefsteak, something the Commander forbade to us decades ago.

I got into the habit, I have to confess, of dropping its leaves into soup, for its spicy flavor and with the idea that it would infuse protein, as the Comandante recommended to us.

But the neighborhood refused to eat moringa. Pánfilo, a neighbor who repairs bicycle taxis, told me not to talk about it; what he wanted was a good steak. Pedro, the carpenter who had gone to prison for helping to kill a cow, said the same. Chicha and Sonia, their wives, would not even try the recommended infusion, and Angelito, the messenger, said that he was opposed to that nonsense. Even my neighbors the prosecutors, who in compliance with the “guidance from above” had dutifully planted one at the entrance to their condo, were never seen plucking a twig for the daily meal.

I can swear to you that I alone honored the moringa. Until yesterday, May 1st. As thousands of workers marched like migratory animals in front of the successor dictator of the Castro dynasty, some other workers, my neighbors, said that they were not going to put up with any more trash that blew off my moringa, invading walkways, patios, and kitchens. They were talking about the pods, seeds and leaves, which fell onto their food plates. 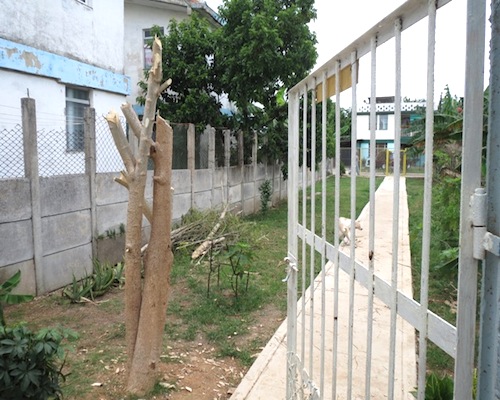 “Either you cut it down,” I heard them angrily say, “or we will.”

That’s how determined my neighbors were—Laima, a corporate accountant, Juan, a burglar-alarm technician, Yohanny a security guard, and several more.

I argued that it was a one of “Fidel’s trees” and they responded with outrage. They were also aggressive. I said that many had planted moringa in the patios of their homes and I hadn’t heard other protests and couldn’t understand their outrage. They all argued with me at the same time. And while they were doing so, I asked them why the hell they weren’t in the Plaza at the time, because it was May 1st.

Finally, at ten a.m. I gave up and, against my will, asked a friend to cut down the offending tree.

At dawn, when I looked out the window of my room, I saw its sawed off limbs. They seemed like dead skeletons. I couldn’t sleep, and battling insomnia I considered the exaggerated size that my little moringa had acquired, and especially the northerly wind gusts, which contributed to the daily defoliation and launched its thick, spiky seed pods left and right, at the head of anyone around

In addition I realized that, without being aware of it, perhaps because of a love for nature, I had become an accomplice in the last folly of the Maximum Leader of Cuba, when he sent a moringa to be planted at every house, because under his rule none of the workers who marched on May Day in the Plaza had the right to eat a steak, or to drink the glass of milk that his brother promised seven years ago.