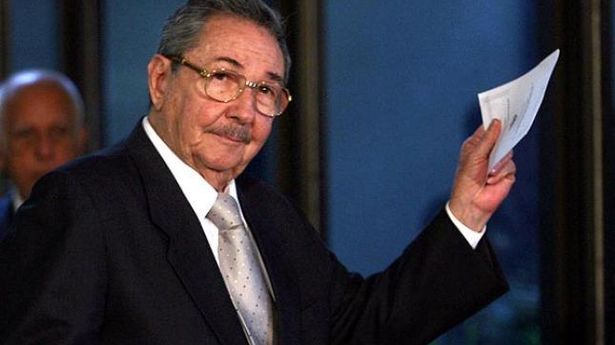 14ymedio, Havana, 18 April 2018 — Ten images from the regime of Raul Castro, which is slated to end tomorrow.

On February 24, 2008, Raúl Castro delivered his first speech as head of state when he formally assumed permanent power after the resignation of his brother, Fidel. By then, Raul had been acting president for more than a year and a half while Fidel was ill. In that first speech, he mentioned the heroes Martí and Maceo who “point out to each Cuban the hard road of duty and not on which side lives better.” (EFE) 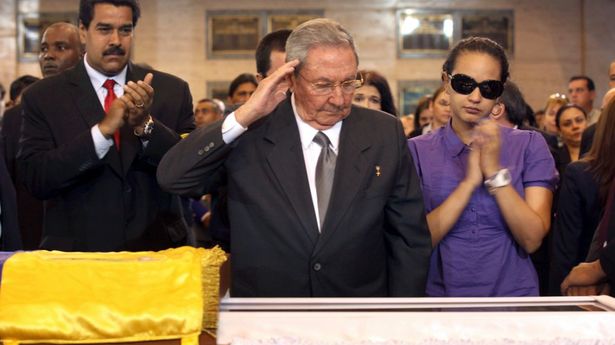 A place of honor at the funeral of Hugo Chávez

On March 8, 2013, Venezuela said goodbye with a great tribute to the leader of the Bolivarian revolution, who died three days earlier, the victim of a cancer for which he received treatment in Cuba. Raul Castro was at Maduro’s side in a privileged position during Chavez’s funeral and said about Cuba and Venezuela: “The most important thing for our peoples is that we continue forward under his influence and not regress in a few years.” (EFE) 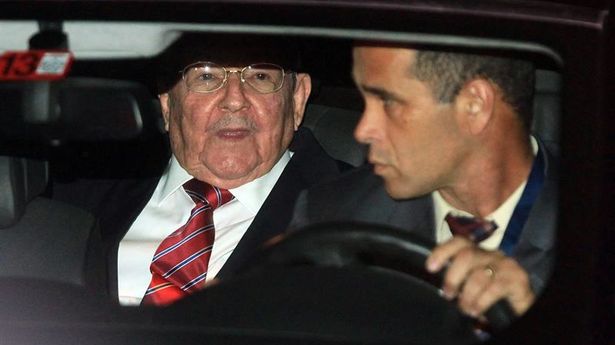 Castro represents Cuba at its first Summit of the Americas

On April 9, 2015, surrounded by a strong security detail, Raúl Castro attended the first Summit of the Americas in which Cuba was present. The invitation came in the new context of reestablishing relations with the United States and Barack Obama and Raul Castro held their first bilateral meeting at the hemispheric meeting of Panama. (EFE / Alejandro Bolívar) 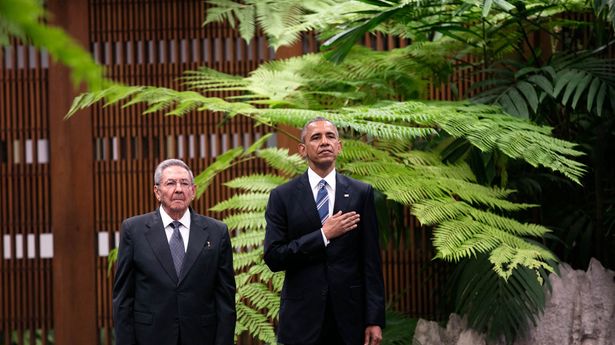 On April 21, 2016, Barack Obama became the first American president to visit Cuba in more than half a century. The president toured Havana with his family, met with opponents, attended a baseball game and gave a speech at the Gran Teatro de La Habana, but also complied with the protocol at the Palace of the Revolution by putting the final touches on the rapprochement between both countries announced on December 17, 2014. (White House) 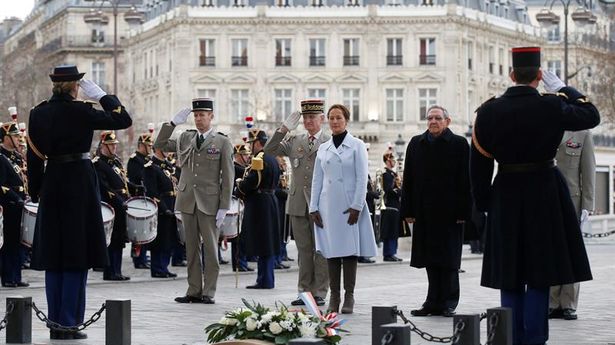 On February 1, 2016 Raúl Castro went to France made his first official trip to Europe, one of the most important during his presidency. François Hollande had opened the way by speaking him in Havana in May 2015 during a trip in which he discussed debt relief and business opportunities on the island. In Paris, the Cuban president paid tribute to the fallen in the First World War in an official act at the Arc de Triomphe. (EFE / Jacky Naegelen) 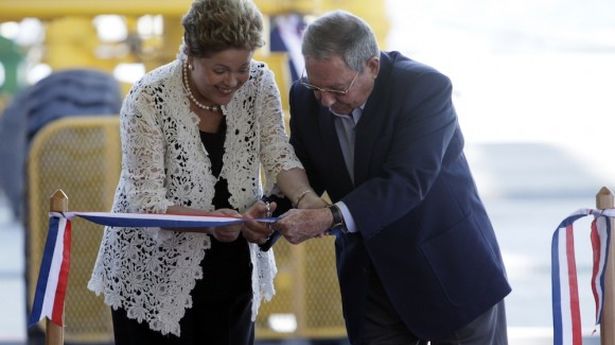 The opening of the Mariel Container Terminal

On January 27, 2014, Dilma Rousseff, then president of Brazil, visited Cuba to open the Port of Mariel Container Terminal, located in the Mariel Special Development Zone (ZEDM). The port infrastructure is the most important public works carried out under the mandate of Raúl Castro, and was partially financed with money from Brazil and built by the controversial Odebrecht company, protagonist of the biggest corruption scandal in Latin America. (EFE) 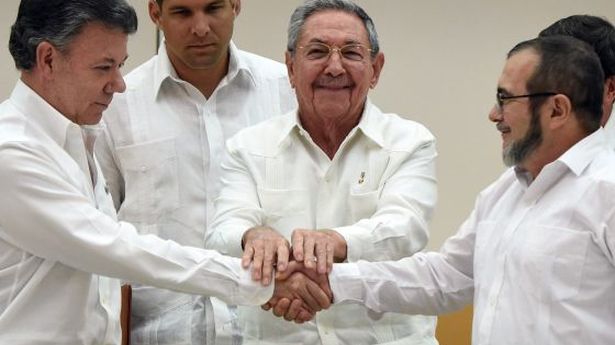 Guarantor of Peace in Colombia

Cuba was the key country in the peace talks between the Colombian government and the FARC guerrillas that led to an agreement that ended more than 60 years of conflict. Brazil, Chile, Ecuador, Norway and Venezuela were also among the guarantors of the process, but the talks took place in Havana, where the negotiating teams resided for months. Raúl Castro was the protagonist of the peace signing on September 26, 2016. (EFE) 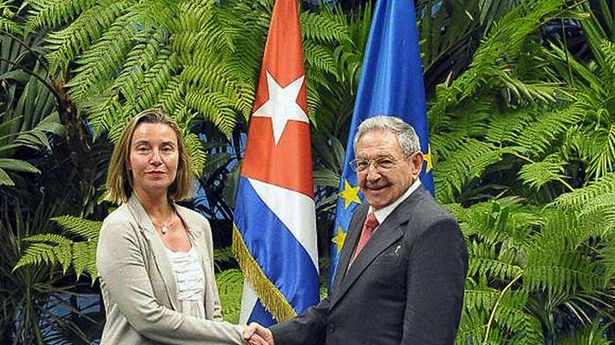 The end of the EU Common Position

In the framework of the thaw with the United States, the European Union also realized that the message that its Common Position towards Cuba in previous years had not produced changes and opted for pragmatism in the restructuring of relations. On January 3, 2018, the High Representative of the European Union for Foreign Affairs and Security Policy officially visited the island for the signing of the first bilateral agreement between the parties that ended the Common Position, in force since 1996, which had conditioned the agreements between the EU and Cuba on changes in the situation of human rights on the island. (EFE/ Estudios Revolución) 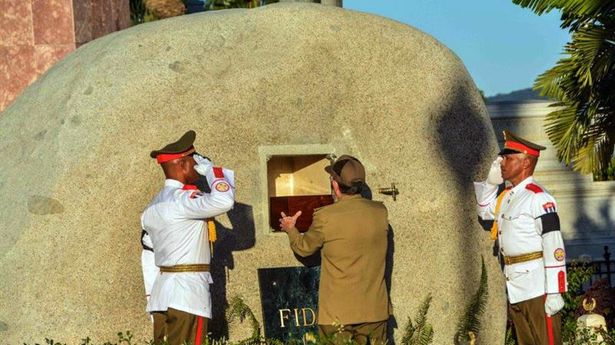 The funeral of his brother Fidel

On December 4, 2016, nine days after the death of Fidel Castro, the president deposited the ashes of his brother in the Santa Ifigenia cemetery in Santiago de Cuba. The remains of the former president were carried across the island in a farewell caravan that departed from Havana heading toward the south east of the country, repeating in reverse the journey made by both brothers together with other guerrillas in 1958, in a revolution through which they changed the future of the country. (EFE) 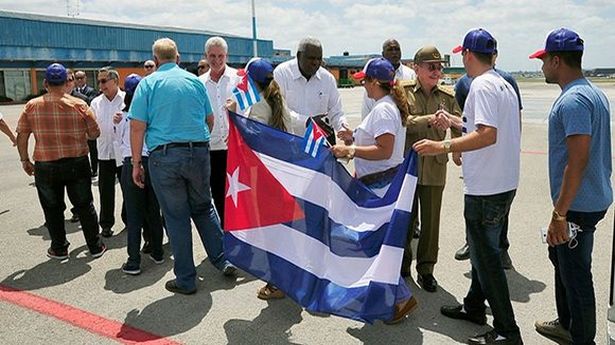 One of his last public acts as president, of Raúl Castro greeted and offered thanks to the official delegation Cuba sent to the Summit of the Americas held in Lima, Peru. The president decided not to attend the hemispheric meeting, which, for different reasons, would also lack the presence of his greatest ally, Nicolás Maduro, and his greatest enemy, Donald Trump. The Cuban authorities received with all honors this delegation sent from the official civil society, which demonstrated against several events in the civil society forums organized in conjunction with the Summit. (Estudios Revolución)