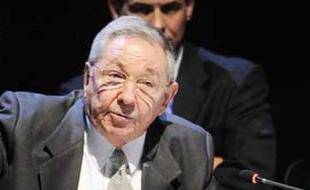 It was only some years ago, when the visible financial crisis infected sectors of the national economy, and Cuban industry verged on the almost invisible boundary that marks the action and the omission that hastens the death of a hopeless patient; General Raul Castro, with that impressive way of showing his pathetic talent, sold us the fraudulent idea that the Armed Forces had been converted into an example for “The Change.”

In papers, because delving into the demonstrated earnings, the island’s military enterprise system worked much more than the lawyer of singer Justin Bieber works these days; of course, being propelled by slave labor (to be more exact, recruits), there was no way of measuring the calculable cost of a product or its labor efficiency.

Absurd, yes, but through repetition, it managed to attract the attention of those who move opinion, and many began to believe in that rigged sequence of decisions that today make up what appears the destiny of Cuba and what some still call “Raul’s reforms.”

That group of measures, or non-structural opinions, which pay no attention to productivity or change the nature of the system at all and are basically aimed at legalizing or facilitating what until yesterday was tolerated, prohibited or complicated; and bring symptoms of anemia to the practically defunct capacity of monetary investments of that labor force that biting a biased and naive scheme, believed the story of “we are all an enterprising population,” and jumped from the state sector to the private, and today, earning more, counts on less.

Evidently, not all state workers took the streets convinced and believing in Tía Tata*; but at this point in the story, “modernizing the economic model” is simply a gross verbal diarrhea that served to disguise a perpetrated crime that should be judged, obviously respecting the due process that every accused must have, because only a defrauded person can be induced to believe that after 20 years working in an office, a person, by magic, without supporting aptitudes, will be transformed into a shoemaker, locksmith, farmer, barber, drummer, trash man or watch maker.

The strategy of General Raul Castro and his penitent entourage has only served to simulate changes and forge flexibility; to increase poverty; to abandon the retired people in an aging population; to invest less state money in services like health and education and above all to try to play down the stay in power of a single and inefficient governing pack of hounds.

It is not accidental, it is all well planned and coldly calculated.  It was at the end of the ’90’s when Raul, after his recurrent hormonal disorder, made fashionable the sentence, “Let’s exchange cannons for beans.”  By then, few could understand that he was not referring to the food, but to the need of, without renouncing the least power, his new strategy consisted of going in search of money or men with money who with their presence in Havana would help demonstrate that security that only solvency offers, or to count on solvent friends.

*Translator’s note: Tía Tata’s Stories was a radio program and later a TV program with puppets.