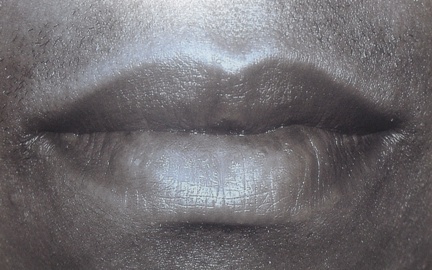 Racial discrimination in Cuba goes back to the slavery system introduced by Spanish colonialism. Given the demand for sugar in world trade, the Creole oligarchy freely engaged in the slave trade and the massive importation of slaves from Africa, a trade in human beings that took off with the British occupation of Havana, to the point that by the mid-nineteenth century the proportion of blacks exceeded that of whites on the island. From the economic, social and cultural relations between slaves and slave owners, or between blacks and whites, sprouted the roots of racial discrimination that continue today.

The vast majority of slaves went to the sugar plantations, prisons with a high male composition where the concept of family disappeared for blacks. A spiral of violence developed that had among its significant moments the uprising led by José Antonio Aponte, the first Cuban who structured a national conspiracy in order to abolish slavery and to overthrow the colonial government; it peaked with the famous Conspiracy of the Staircase, in which thousands of blacks and mestizos were involved. In these difficult conditions the black slave became Creole, but different from the white Creole, which prevented the development of the sense of belonging and common destiny that characterizes nations.

Along with whites, in 1868 blacks joined the struggle for independence. The first, seeking economic and political freedoms; others for the abolition of slavery. The Pact of Zanjón that ended the war did not achieve either of these two objectives, but instead yielded a set of freedoms that blacks took advantage of to associate legally. In 1886 slavery was abolished and at the beginning of 1890 Juan Gualberto Gomez, one of the champions of racial equality, outlined several principles for civic struggle, similar to those employed six decades later by Martin Luther King in America. Also, in 1892, he founded the Central Directory of Societies of Color to claim their rights and prepare for the resumption of the struggle for independence.

If in the Ten Years’ War blacks and mestizos participated as soldiers and reached high ranks, in 1895 they came to occupy the most senior military positions. Equality and solidarity was imposed on racial prejudice in the expertise in machete charges and life in the jungle, which allowed blacks to move from a sense of inferiority to be thought of as heroes. Upon arrival of the Republic in 1902, the skills demonstrated in the war were of little use in competing in the labor market, for which training was required and economics, two requirements almost entirely absent in the black population.

From this state of inequality emerged the idea of fighting evil on their own. To that end, in 1908 the Independent Party of Color (PIC) was founded, the first of its kind in the hemisphere, and in May 1912, the PIC took up arms to enforce their claims by force. The Government’s response — less than a century ago — was a horrible slaughter against the “inferior race” that claimed the lives of thousands of dark-skinned Cubans, hindering the process of identity and common destiny.

After this event, thanks to public debate and the labor movement, blacks made some progress. Prominent figures from Cuban culture and politics, from the press and radio, participated in discussions on racial discrimination that helped the social and cultural development of black consciousness and strengthened the common destiny. One result was the inclusion in the 1940 Constitution of a fundamental anti-racist principle; any discrimination on grounds of race, color or class and any other cause which offends human dignity was outlawed and punishable by law. However, the law itself was never enacted to achieve its implementation.

The Revolution of 1959 dealt a severe blow to racism, but was wrong to consider discrimination a result of class society, and in thinking that by removing the classes, it would automatically disappear. This approach led to the suspension of debate. Thus, together with the benefits of the Revolution, blacks, like other Cubans, lost instruments and civic spaces that had led to the progress already made. Racism expelled from public spaces took refuge in the culture, and blacks — who did not emigrate — were excluded from family remittances. The result is the current pattern: a decreased proportion of blacks in management positions in companies operating in foreign currencies and on television, and also their high representation in the prison population in the country, the growth of prostitution and of school dropouts.

This, combined with the failure of the economic model, and the problem of unemployment, as the majority still live in the poorest districts of the country, becomes a potential danger that can not be dismissed. This picture of social injustice was partially recognized in the recently held Sixth Congress of the Communist Party, which raised the systematic issue of insufficient political will to ensure the promotion to decision-making positions for women, blacks, mestizos and youth as well as the difficulties, after 52 years of the Revolution, of improving the racial composition within the ranks of the ruling party itself.

In short: the colony had no interest in solving the problems of blacks; the Republic recognized the problem, allowing association and public debate, as reflected in the Constitution and made some progress, but unaccompanied by institutional arrangements; the Revolution took educational and institutional measures, but dismantled civil society and limited rights and civil liberties that had served as the basis of the slow progress made. Now it requires strong political will to: recognize the failure of racial integration and in consequence spaces, civil rights and freedoms to restart the public debate on the issue, providing in some cases necessary priority to the most marginalized and taking on the problem within the education system, including free access to information, until the social differences between blacks and whites shrinks and definitely settles into a common destiny among all Cubans.

Currently the issue is being debated in some small spaces, such as the Brotherhood of Negritude, an association that still lacks legal recognition. The essential fact in the Cuba of today consists in the minimum freedoms that underpin human dignity and the status of citizen do not exist and so they must be implemented. There is a need to remove all restrictions to freedom, responsible for hindering the civic education and participation in addressing major national issues such as racial discrimination, a problem that continues to hamper the formation of the Cuban nation and calls into doubt the Cuban model of socialism, if we can call it that.