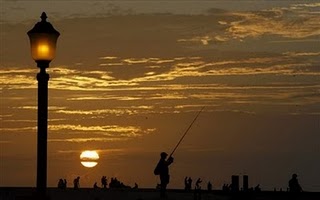 OUTSIDE OF EVERY imaginable world, is the extreme awareness of reality, you live in cell twelve feet by six feet, usually with four inmates, sometimes sixteen who have to stand up, and when it comes time to sleep they fall slowly, like fainting, like sugar canes thrown on top of one another, creating a deformed mass, you couldn’t guess which extremity belongs to whom.

The air is not enough for two, not even one, and the sound of gasping, of shortness of breath, sounds like an instrument out of tune. But this asphyxia turns into chronic asthma, it’s worse than being alone. Many times, according to the treatment, they leave you alone so the madness will come more quickly. In this case, for some moments, the only thing you can see, other than your own body, are some fingers on a hand that disappears, as if it were the product of your imagination, when they open, three times a day, a small rectangular window in the bottom of the door to put the trays in. Then you have to settle for observing, in those few moments, how one or the other hand pushes the tray into your cell and beans or soup spread across the floor, mixing with the rice that you collect with your spoon, because in these circumstance you can’t waste a single grain.

Sometimes you want to touch the hand, hold it, kiss it, ask forgiveness, mercy and that it would be moved and let you out of there, end the anguish; but it’s not worth the trouble, this hand only knows how to threaten, push and hit.