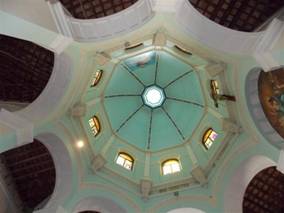 The yellow ribbon tied to an oak tree, while waiting for the return of a loved one temporarily absent, is a beautiful and touching American tradition, which speaks volumes for the values of this people. Why then, has the consideration of their use in Cuba this coming September 12th, caused such an outcry among Cubans here and over there? It turns out this call has a faulty origin: it is made by an ex-spy who has served his sentence, in support of four others who are still serving theirs, and are in prison in the United States. This unmasks the political intention hidden behind a faked humanism, which is nothing more than trying to obtain through emotional means, what has not been obtained through legal means: the release of the four. It happens that most will not accept a pig in a poke.

Cuba is indeed a country where the authorities have tried, and in many cases have succeeded, in deleting their national traditions. Where does this come from now to introduce traditions and, moreover, from the country considered the eternal enemy?

It is good to remember that, by government dispositions, traditions were abolished, such as Christmas Eve (December 24), Christmas (December 25), the Epiphany (January 6), the anniversary of the Republic (May 20), Easter and other religious traditions. In addition, the Feast of New Year (December 31) and New Year (January 1), were stripped of their original meaning, and given political connotations: the eve and the triumph of the Revolution.

If that was not enough, the Carnival of Havana, one of the most internationally recognized, along with that of Venice, Rio de Janeiro and Mardi Gras, lost its roots and popular essence and became a grotesque official caricature of what had been. Even the symbols were banned, banishing Santa Claus (also imported from the neighboring North), and the old man with the scythe over his shoulder, representing the year that was, and the baby in diapers, the one that is arriving.

Of these, so far, for circumstantial conveniences with the Church, only Christmas (December 25) has been restored along with, and for the same reason, some activities related to the Virgin of Charity del Cobre and Easter.

Everything they abolished was done against the will and the feelings of the majority of the people, without consulting with them. These are the reasons why the average Cuban, although having by driven, for years, by the syndrome of the flock and acting in line with it, trying not to lose his social crumbs, within himself rejects this new political imposition disguised as noble sentiment, forcing him to do something he doesn’t want, with the sole purpose of being considered politically correct by the authorities. Is it worth it?