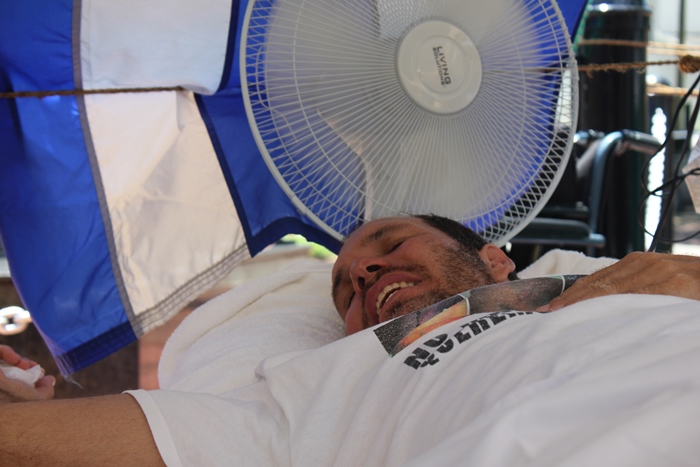 The activist, Jesús Alexis Gómez, during an hour of rest, showing symptoms of fatigue.

I have just come from the corner of 13th Ave. and 8th Street in the heart of Little Havana. There the activist for human rights, Jesús Alexis Gómez, and the leader of the Democratic Movement, Ramón Saúl Sánchez, have been carrying out for 17 and 10 days, respectively, a hunger strike. Their goal is to call the world’s attention so that the Governor of the Bahamas frees and stops torturing the Cubans who are detained there, when they arrived on the coast in search of a longed-for liberty. 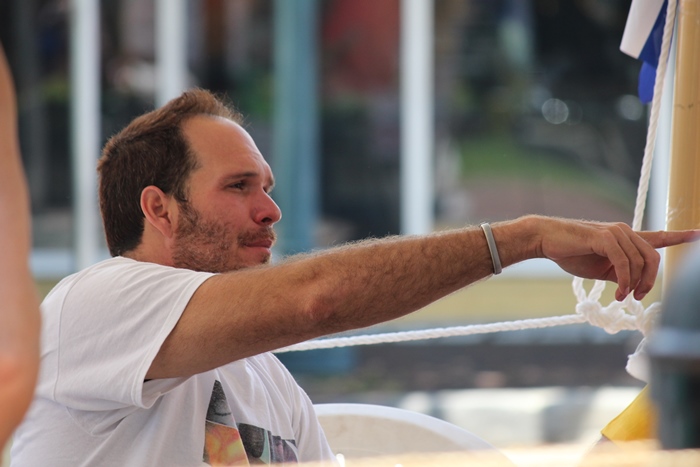 Alexis converses with his brothers in struggle. 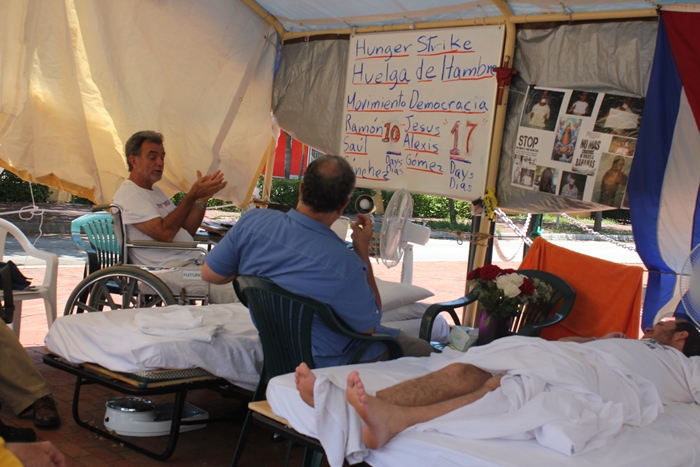 Ramón Saúl interacts with the activists.

Ramón Saúl Sánchez took advantage of the occasion to exchange words with his organization’s activists and give instructions about the strategy to be followed. In the state in which he finds himself, he writes his opinions about the boycott of the Bahamas and the purpose of the strike. 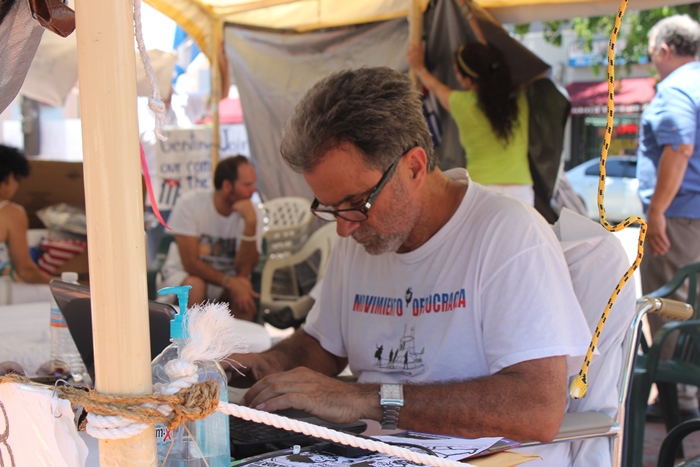 The leader of the Democratic Movement continues his work to call for the world’s attention and solidarity with the prisoners now in the Bahamas. 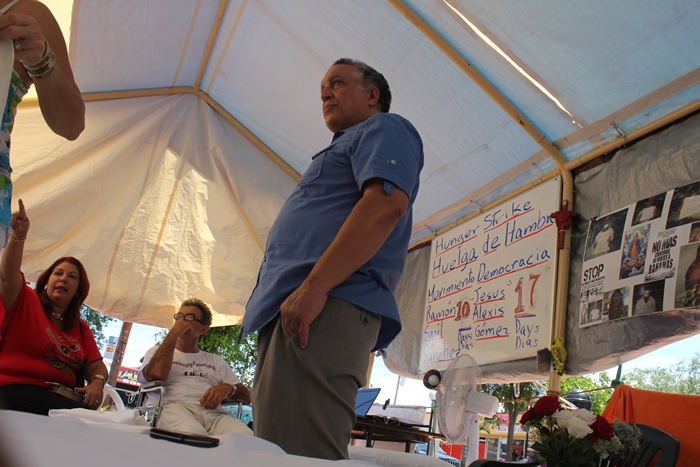 An activist, upon leaving church this Sunday, went to the tent to offer a Christian prayer for the strikers and the prisoners in the Bahamas. 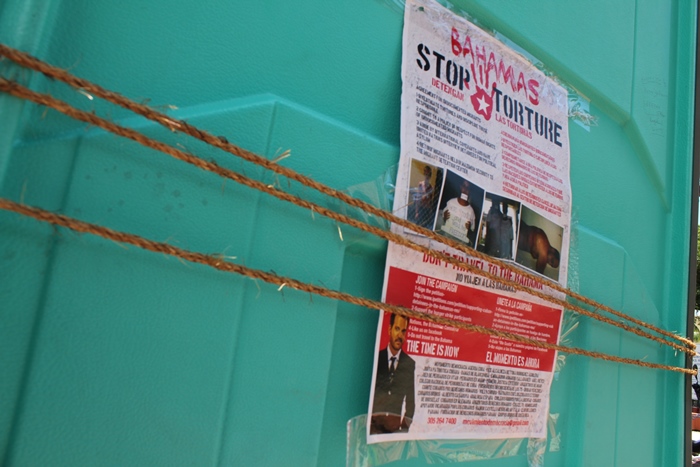 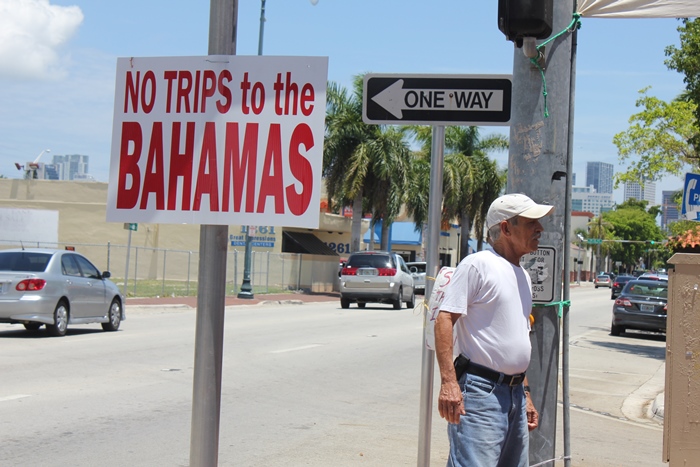 Many visitors pass by without asking, although their curiosity is aroused. 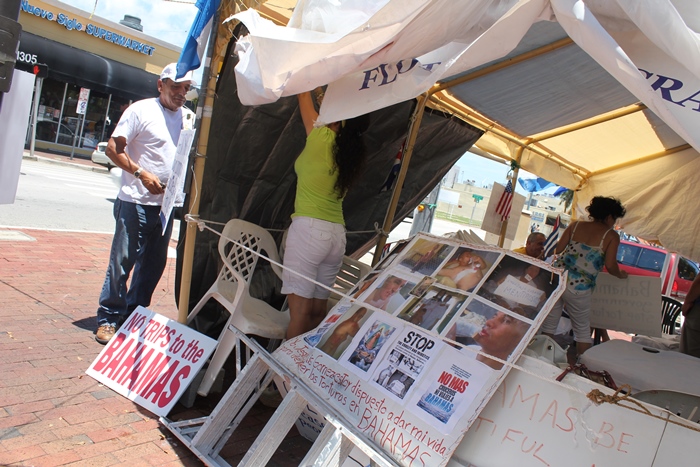 …but others arrive and ask about the reason for the strike. 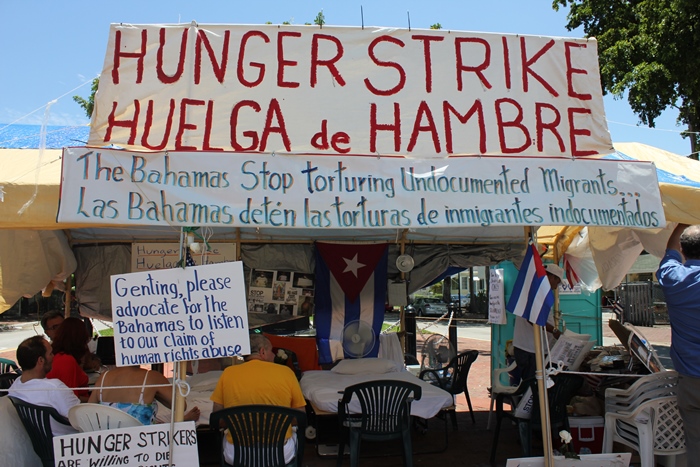 The activists help expand the space and put up signs.

The demands go from the cessation of torture to the unconditional release of the detainees in the Bahamas, without sending them back to Cuba.