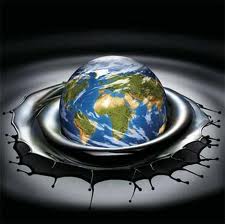 The economic debt grows as Cuba searches for black gold using geological studies that, to date, have mistakenly stated that the Gulf of Mexico – an area of 112,000 square kilometers – is one of the main petroleum producing basins in the world. These studies indicated a high potential for the discovery of new hydrocarbon reserves based on drilling results from the first well, Jagüey-1x, in the exclusive economic zone off Cuba’s coast.

The government knows that if it were to find petroleum in the Gulf, it would be an escape route from debt and a boost to the Cuban economy. It would also mean an end to its dependence on Venezuelan petroleum, which now carries with it the risk of a change in government as a result of Hugo Chavez’s looming and inevitable death.

The risk contracts with companies from India, Vietnam, Malaysia, Venezuela, Norway, Angola, Russia and Spain. The latter quit given the lack of results from the first well drilled and the risks the Basque country would take by investing money without positive results.

The braced ceilings of the Cuban economy are shaken by being at the mercy of fruitless endeavors where luck is one’s best ally. Should petroleum not be found in deep Cuban waters, it would be yet another negligence on behalf of the Cuban leaders of the fact that nature does not favor us now.

The government chose to plunge itself into a game of “we find petroleum or we go adrift”. The end is always uncertain, the future takes you by surprise and  the present is to be lived, but nobody knows what Raul Castro has in mind, however they have Fulgencio Batista as an example: he took off with all of Cuba’s money and lived until his final days.