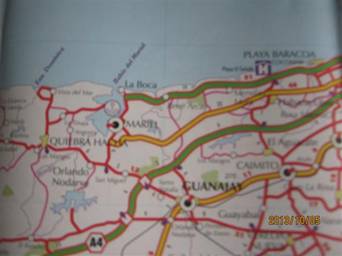 With regards to the adoption of the Mariel Special Development Zone Decree Law, it comes to mind that this idea of trying to solve the problems of the country not in a global way, but by creating regions and special plans, has been a tendency of the authorities since their earliest days in power.

We remember the declaration of the town of El Cano, as the first socialist town of Cuba and, later, that of another unimportant one as being the first town where money would not be needed. These constituted, at the time, childish utopias within the large adult utopia that has been the so-called Socialist Revolution, which has had very little of socialism and a great deal of voluntarism.

To these initial blunders, we have to add the failed Havana Cordon, the Ten Million Ton Harvest, the micro-jet bananas, the failed livestock cross-breeding plans, the Pharaonic harvests of pangola grass and pigeon peas, the windbreaks, the embankments on any nearby key, the Turquino Plan*, the Escambray Plan, and a great deal more economic and ecological nonsense.

Now, copying the Chinese brothers in turn (we lack originality), and after greatly criticizing them, the so-called Special Development Zones started to appear which, though they strengthen the creation of accelerated wealth in the chosen and controlled regions, they deform the economic map of the country, generating reas of extreme poverty, where people have no other option for survival than to emigrate to these new El Dorados, where all this rootlessness and loss of identity leads, affecting the social fabric, making even more virulent the economic and social differences between regions, creating a country alienated by its different living conditions, very distant from “with all and for the good of all” advocated by José Martí.

For those of us who dream of a single prosperous Cuba, where citizens do not have to emigrate from the places of birth to develop their life projects, time and the tenacity of Cubans are working in our favor.