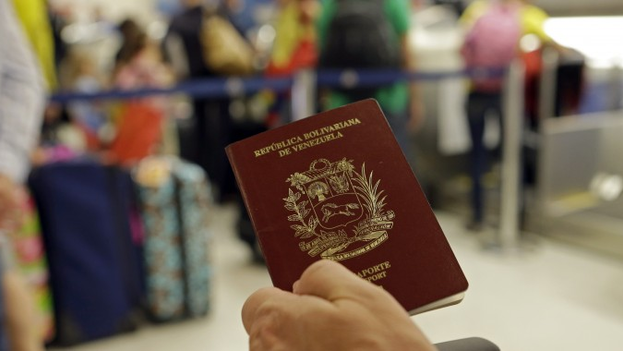 14ymedio, 5 April 2016 – The Panama Papers have ended up splattering Cuba. The document leak confirms something that has been denounced by former Chavista officials and the opposition in Venezuela. The Cuban government maintains strict control over the system of customizing passports and electronic identity cards in that South American nation.

The Executive of Havana legally maneuvered to gain access to software that contains the data for issuing and updating these documents through the company Albet Ingeniería y Sistemas, as detailed in a contract that has come to light with the Panama Papers.

The leaked document clarifies that “all licenses for the use of computer applications” which are described as “specifications for the software, the hardware and the licenses,” would be transferred to the Cuban party involved in the contract, in this case Banco Financiero Internacional SA of the Republic of Cuba, known as “Banco de Albet” in the text.

In 2011, the Venezuelan newspaper El Nacional had warned about the access of Cuban intelligence services to the system of preparing the new IDs, “thanks to a secret agreement that excluded Venezuelan technicians from participating in the process,” according to a former adviser of the Ministry of Interior and Justice.

The article revealed that the Cuban side had the ability to “include or delete information from databases and even to issue Venezuelan identity documents to citizens of other countries.” Anthony Daquin, who until 2009 was an adviser to the Venezuelan ministry on electronic documents, reported at the time that “Cubans manage the software and security guidelines, such as how to open the cryptographic box (an encryption mechanism in the electronic chip), how many times, and when the chip is destroyed.”

“These people have the ability to make a Venezuelan passport in Cuba and at the same time to enter that data into the system,” warned Daquin, and the Panama Papers are proving him right. The Cuban government, through “Albet,” acquired “a right of perpetual use, non-exclusive and non-transferable, through the software supplied with the system,” the papers revealed.

Documents from the Panamanian law firm Mossack Fonseca reveal other details of the framework of the Venezuelan passports, which use a German-made technology hidden through various companies owned by the Peruvian Banker Francisco Pardo Mesones.

The technology of the polycarbonate laminates of the Venezuelan documents was fabricated about ten years ago by the German company Bundesdrukerie, which feared that doing business directly with Cuba or Venezuela would damage its reputation. The company used a network whose major beneficiary is Pardo Mesones, recognized for his strong defense of private property but who earned huge sums of money as the owner of Billingsley Global Corp and other offshore companies, which served as a vehicle for Havana to resell the Venezuelan passport technology through Caracas .

In 2005, the Venezuelan Minister of Interior and Justice, Jesse Chacon, located companies to produce the passports and electronic identity cards. After ruling out the US and China, Pardo Mesones prepared in Caracas a triangulation of transfers and contracts through tax havens to hide the real source of the technology.

After several meetings in Venezuela, Peru and Panama, the team Mossack Fonseca designed the network that yielded at least 64 million euros for Pardo Mesones through his company: 40 million for Germany and the other 24 million for his own pocket.