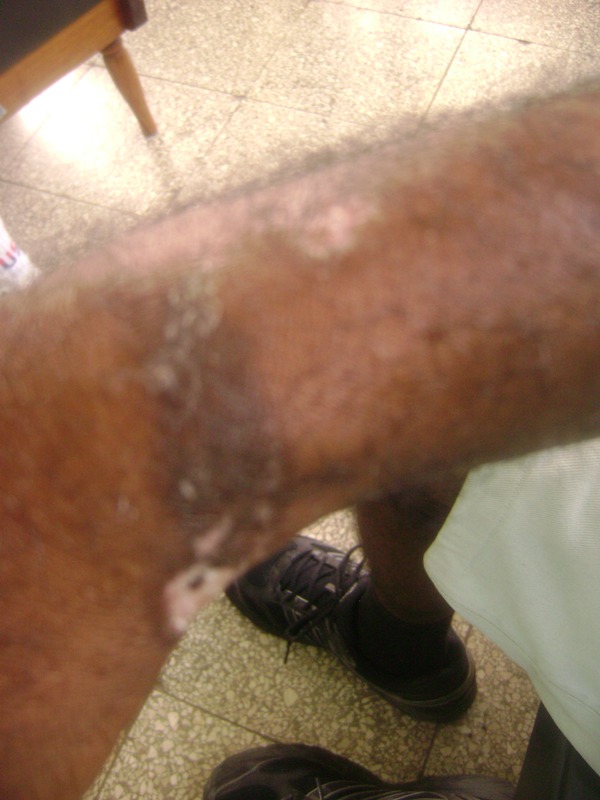 I knew that in 2005 he was shot several times by a law enforcement officer in Antilla municipality in Holguin province. Since that time he has become an open dissident, a staunch enemy of the olive-green power that has been running the lives of Cubans for half a century. He showed me the scars, the remains of beatings, and, eyes wide, he told me of the “other scars,” those that aren’t removed with creams or magic ointments. That is, the psychological effects of having gone to jail after being beaten and taking a bullet.

On October 31, 2010, during the last beating carried out against the defenders of Human Rights in Banes, the most talked-about, where they arrested and beat fifty activists, Osmany Espada Rodriguez was savagely handcuffed to the point where it once again left visible marks.

On more the one occasion he has been arrested, as he defends more than anyone the rights of all Cubans. His name is not on the list of the most well-known dissidents, nor do the notable organizations call him, wanting to know about the latest arrest, but those of us who know him well know that he works from the shadows and that his efforts are there in every action of the Eastern Democratic Alliance. The photos accompanying this post were given to me by Rolando Rodriguez Lobaina and are available here for your use. If you see someone defending the socialist cause from the Palace of the Revolution, or a pseudonymous commentator on my site daring to deny all this once again.

Osmany deserves attention, he is a sick man from the effects of the shootings, the hunger in prison, and the scarcities suffered by all Cubans multiplied by the most fierce repression happening right now, on this tongue of the sea that is Antilla, the corner where the Virgin of Charity of Cobre appeared once to three men: a white man, a mulato and a black man, just like Osmany Espada Rodriguez. 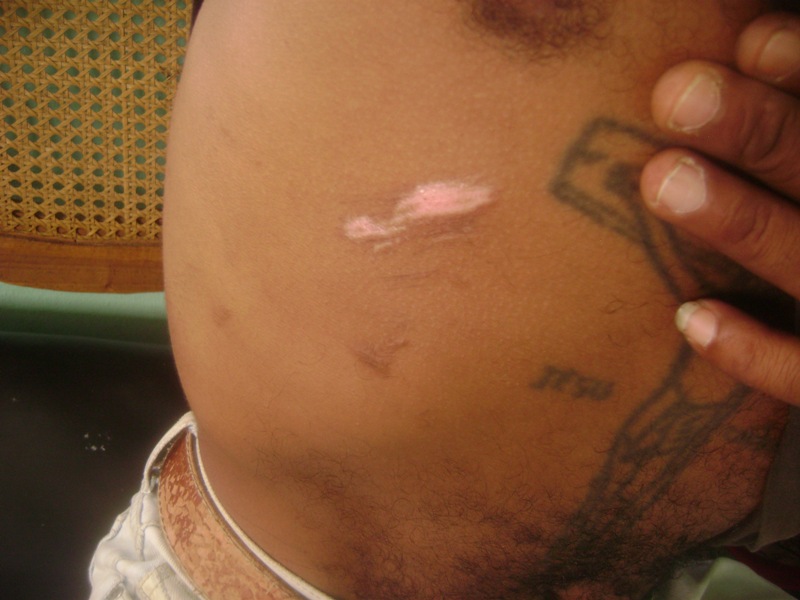