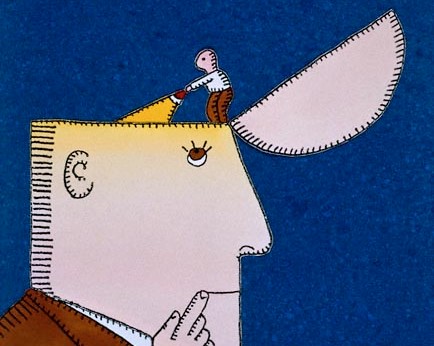 Once again I’ve seen how public opinion can be conditioned just by preparing a group of people and putting a camera in front of them. I won’t question the sincerity and good faith of those who agreed to give their opinions, but in Cuba there is a tendency to say on camera what one is expected to say and not what one really thinks. In this case, it has to do with neighbors from the district of El Vedado who gathered to see the last episode of the series The Reasons of Cuba.

The first interviewee caught my attention, Thalia Fung, a name that means nothing for most viewers, but who is a Doctor of Marxist Philosophy with a professorship at the University of Havana. Others gathered in the living room of the spacious apartment are also interviewed, even a teenager like my son, of the three that could be seen in the report. They ended with the opinion of a lady absolutely convinced by the arguments expressed in this television show.

This journalistic work prepared as a special report for Noticiero sets the tone of political correctness. I still wonder when they will accept the reality that individuals can have different opinions, that it is necessary for our society to recognize that the double standard can only lead to a worsening situation, that in spite of all the secret and public mechanisms, the government still has no idea of what the people who shout and applaud when they are standing in front of a camera, actually think.