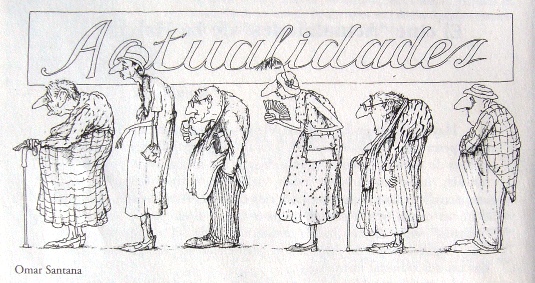 The term left-right, for Cubans in Cuba is like additional data that should appear in on our ID cards, because the authorities always have a subliminal — or overt — need to label us, to complete our personal data with information that lies in the deepest part of the head.

I can’t deny that I’ve only lived this “reality?” My knowledge, my upbringing, obey the historical and dialectical materialism of all those theories that I studied in the manuals of the Academy of Sciences of the USSR, and twenty years since the disappearance of that Utopia that was to complete the future, there are still flashes of it in our centers of study.

I don’t pretend to be a specialist; but it also turns out that some people from exile seek a social taxonomy, similar but opposite to that applied in our parameter-setting country.

If my life depended on the famous dichotomy, I believe that I would say left, but not to placate anybody, especially not the Cuban government so aged and conservative that still seeks to be appear like a paradigm of the left; rather because in addition to not knowing the updates of the social theories, I would say “left” because it seems that yes, I’m on that side, although many are quickly checking out of my company, and others say: “You’ll see, I told you so!” …you never fooled me.”

Common sense tells me that it’s not important to be left or right, it’s important to recognize the country’s urgent need for change, and that in this change there have to be many voices because democracy, according to what I imagine, has lengthy discussions preceding any vote.

I aspire to have friends who are liberals, Christian-democrats, conservatives, social democrats, environmentalists, communists, what do I know, without it being considered a “problem of principles” to think differently.

All these years the government has instilled in us that ideology marks a boundary. The response of that warmth, I see the sequel, even in Cubans who live in open societies. Nothing has done more damage to the left than the left itself.