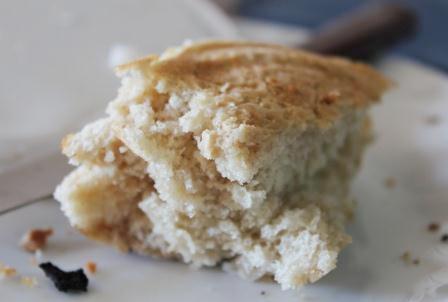 I look at the crust, I touch it, I smell it… I doubt … but I don’t have the temerity to eat it. I think about the mother of the baker and imagine her selling in a private restaurant on the corner the butter that is “left over” at the end of the shift; and of the restaurant buying it “under the table” from the bakery warehouse; and of the one at the warehouse with the little piece of land he “struggled” to buy at the point of a clandestine rifle of rum; and at the place where he rents the almendron — the old American car in use as a taxi or delivery can in this case — to carry the merchandise; and of the almendron guy who “resolves” 80 liters of gas “…because those sons of bitches who control the oil...” and then seeing him shout, “20 pesos to Havana!” at the P4 bus stop… the coincidences of this life.

Just for gas. I then I see him “palm” 50 to the cop to look the other way and not levy a fine and he takes off with “…life is very hard!” The same cop who is drinking in the clandestine refreshment stand where he buys the cylinders of gas for the truck that needs 3000 “straws” a day “… to get by…“

And later I see EcoBio fuel truck “resolving” the inspector “because life has its twists and turns…“; and then the inspector’s wife buys meat “under the table,” first rate and “soft” to resell it to the manager of a ghost company in Miramar; I see the butcher who also takes a pinch and “greases” the Sector Chief so he can breath a little and not be asked for a cut on the Malecon; and the guy who controls the route “resolves” it all with the guy who sells at a kiosk in the “shopping” — the hard currency store — a dummy who pays cash for all the merchandise under the table to the distributor, who adulterates the prices and puts the “multichannel” to the holy trinity “to buy some good jeans and bitches shoes…” who wants to strut about like a high class hooker with a Yuma — an American — because “the first death is the easiest…” like she tells her old lady, and she can’t go around dressed like her teacher… “who looks so poor it hurts my eyes.“

Her teacher who doesn’t drive an almendron, nor have a restaurant, nor a soft drink stand, who doesn’t “struggle” in a kiosk of her own and isn’t married to a truck driver, nor to a manager, but simply to a humble doctor, and together they are black with grey stitching on the last link of the food chain, helpless in the midst of the maelstrom of dexterous and sinister scams right and left, of the twists and turns of boredom, bribes, trades, disgust, vertigo, blackmail, barter, disappointment, purulence, nausea, corruption … well … I do not know… but why the fuck did I hesitate and end up in all this filth. Look! You! I have to think of every piece of shit before this foul slice of … what?… bread?!