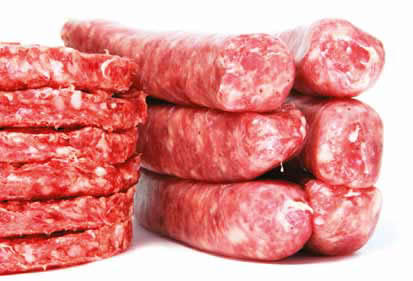 Paco is an elderly low-income man, sometimes grumpy, but generally of good character, caring and helpful; I ran into him scratching around the shops in search of food for himself and his “old lady.” I know him from when we lived closer, before he moved a half-mile from my house and I know that he always alerted the neighbors when some of the scarce products came into the state stores; he let us know so we wouldn’t lose out.

He told me that in the Diez de Octubre neighborhood there was no chicken at all in January. I mentioned to him that in Guanabo they got chicken on February 1, and I thought that perhaps the good fortune would come to his neighborhood in the coming days, but so far that hasn’t happened.

He goes to the butcher’s every day but doesn’t buy anything, because he “is hunting” for when they give chicken in place of fish, and he still has “credit” with the ration-market butcher because he ran out of what he had to sell. That is, they owe him the regulatory portion of chicken and substitute fish instead.

How is it possible if, in Cuba, the small quota assigned on the ration card is established in accordance with the number of consumers. Elementary mathematical deduction tells you if the Chicho butcher has 200 ration books and a total of 800 customers, he would get the quantity of a consumable for this number of clients. That is, it’s expected that however little there is, it’s enough for everyone. Then, what happens with Paco’s “teeny ration” of chicken? What mathematics does the butcher apply here?

He told me that there are many claims made on the butcher himself and in the relevant entities, but they have been ignored. It seems that every little cheep-cheep that “isn’t enough” for the users, finds its way to some municipal officials. He told me that sometimes the truck comes to unload merchandise and the proprietor (co-owner with the State) of the butcher shop where he goes to buy is absent enjoying some alcohol poisoning, surely paid for with stolen goods and underweight sales to the customers.

Paco and his wife, both retired and with no other economic rewards to extend their insufficient retirement over thirty days, get no rest because they are running all over after the bits of food the authorities assign through the ration book, as they can’t allow themselves to shop in the hard currency stores, or even at the unrationed — and excessively high — prices in national currency.

They are both over 70 and are seriously thinking of going back to work because they can’t go through life “under the blazing sun” with such stresses and frustrations. “If we aren’t resting why are we retired?” “This is no kind of life,” I hear him complain every time we meet.