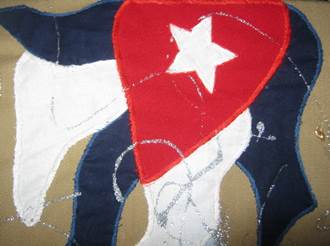 Fernando Damaso, 5 February 2017 — To say that the history of Cuba has been manipulated over the last 58 years is nothing original. Subjected to “ideological accommodation,” with the objective of using it for the narrow interests of the established power, important people and events have been ignored or misrepresented, and others that are insignificant have been elevated to much greater importance. Also they have elevated, much more than warranted, the thinking and actions of some questionable figures, for the sole intention of holding onto power way too long, to the extreme of comparing them advantageously with truly important national figures.

The most mistreated and manipulated has been Jose Marti, who has been credited with events he was never responsible for and even named a “great disciple,” sometimes considered greater than he was. In addition, they have assigned him, in his historic journey, an annoying and undesirable traveling companion, resulting in concentrating “his thinking, the disposition of Cespedes, the machete of Maceo, the delivery of Agramonte and the force of Gomez,” something unheard of and never before seen in Cuba, not even in the darkest days of Machado, when he was considered “the eminent one” and the unbridled praise of his sycophants abounded.

The founding fathers of the nation were always respected by the government of the day, and were never politicized, as happens now. It could be due to the lack of real values in the current figures.

It seems that some historians, in their eagerness to enjoy some of the few crumbs offered by power, have lost respect and have forgotten that, in the end, “History will not absolve them, either.”*

*Translator’s note: A reference to Fidel Castro’s statement “Go ahead, condemn me, history will absolve me” which he is said to have declared at his trial for the attack on the Moncada Barracks, an event which is considered the start of the revolution, although it failed and Fidel Castro was imprisoned for his part in it.