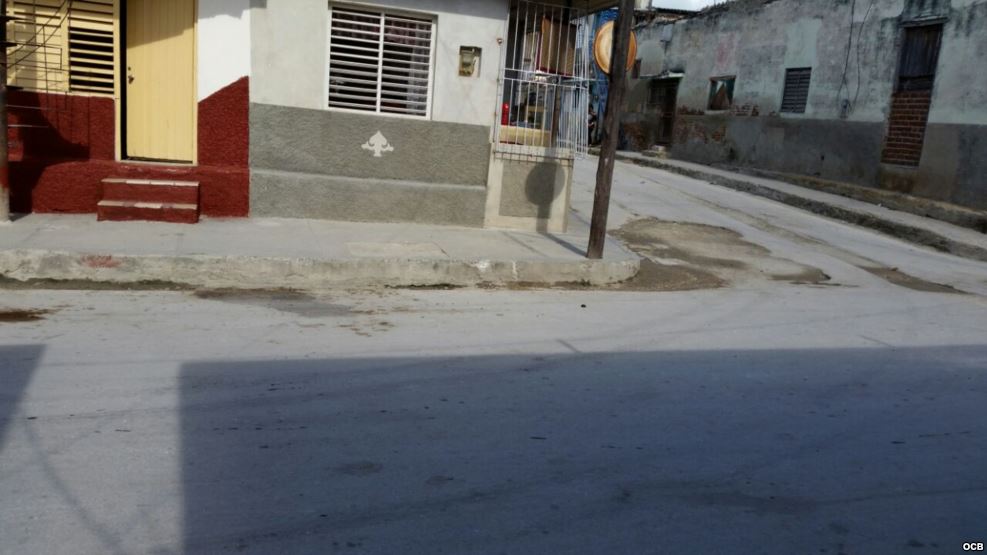 Juan Juan Almeida, 23 January 2017 — At nine at night on 19 January in the Pueblo Nuevo neighborhood in the eastern province of Holguin, suddenly out of nothing there was a bustling scene of police chase going after a Cuban citizen and three foreigners, carrying cocaine in a white car with tourism plates.

“On Thursday afternoon there was an alert about an exchange of gunfire between unknown subjects very close to the Damian River in Yareyal. The police responded but the subjects had already absconded,” says a person who unwittingly was a witness, and very kindly sent us a sketch of the route followed by the cars during the raid.

The pursuit began in Yareyal People’s Council, a little village between Las Tunas and Holguin, next to the Central Highway, shortly after a patrol car located the suspect vehicle heading toward Holguin.

Apparently, members of the anti-drug group suspected that the site was being used by criminal gangs as a repeat hideout for drug shipments and so they had set up a technical-police detection device.

After the accident on the Central Highway, and after having put the drivers, residents and passers-by on this route in danger daily, the pursuers turned at the corner of K Street with Juan Morena and continued fleeing on foot.

“That shows they were not from here, and didn’t know the area. On K Street, where they decided to get out of the car and take off running, they were surrounded because it’s a dead-end alley and so they caught them. They practically surrendered,” said a person from Holguin, a neighbor who lives on Juan Moreno Street.

“They were hot on the heels of the three guys, they let the tourist car crash and with several bullet holes in the bad. The gunfire was set, they got out of the car, ran toward K Street and there some armed and hooded guards caught them, like in the American films.

“They took the pistols, and then let the dogs loose and they immediately found the drugs in the trunk and under the seats. They took out several packets which I assume were narcotics. They didn’t allow me to take photos, I took out my cellphone but they set up a security cordon and didn’t let me get close.”

The suspected traffickers were arrested, they still haven’t identified them, and they’re being held at a detention center on the outskirts of Holguin province. These sites, which are scattered through the country, and fulfill common and police functions they call “All the World Sings.”