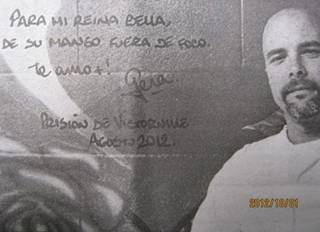 As I was reading “an extensive special report” by a journalist for Juventude Rebelde,Nyliam Vázquez García–published on September 23 of this year and dedicated to Adriana, the wife of Gerardo, one of the Cuban spies sentenced to prison in the United States–I could not avoid thinking of those purple prose novellas that were often printed in magazines in the 1940s and 1950s. They were melodramatic in the extreme and were intended to elicit easy tears from the eyes of their young readers.

It is well-known and has been proven that these “five heroes,” as they are referred to on my planet, entered United States territory with false identities and joined the “Wasp network,” which was carrying out espionage activities for the Cuban government.

If Adriana, the wife of Gerardo, is back here, it is because she was expelled from the United States after it was shown she was part of this network, something that would surely prevent her from going back there. This would be a reason that country would not grant her an entry visa, though she remains silent on this subject. And the journalist, who surely knows this, avoids asking questions about it.

Adriana complains about the lack of communication with her spouse, and immediately recounts how she and Gerardo have only 300 minutes of phone time per month, which they are required to parcel out in 10 minute increments each day.

It seems she is ignoring the majority of Cuban wives and mothers with sons imprisoned for political reasons who cannot speak with them by phone for even ten minutes per month. Nor do they have access to the computers or the internet to play chess with their children here as Gerardo and other members of his network have done on more than one occasion.

In regards to the distance separating them, I would remind this woman that Cuban mothers are also separated by great distances from their imprisoned children, even when they are in this same country. The majority of us have also seen ourselves separated from our children for decades for reasons that are well-known to everyone. And we do not have the pleasure of periodically speaking to them by phone due to the very high cost of such calls in our country.

I think it is great that the wife of this man has found ways, which she relates to this journalist, to keep “the call of love and hope” alive. She is always buying presents for Gerardo on her numerous trips overseas, including a shirt he expressly asked for, as well as those used by President Correa of Ecaudor. In all sincerity, however, I would advice her to carefully store them between layers of blue silk and moth balls so that they are in good condition when her nephews and grandsons inherit them.