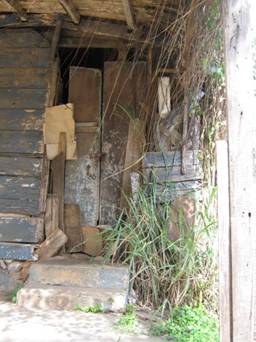 In Cuba, it’s not a secret to anybody, problems enjoy a long life. As there is no organised civil society able to insist on its rights, you always have to wait for the decisions of the authorities, and, like the problems, they also take their time.

And the official press isn’t bothered about them either, unless it is no longer possible to hide them or the government decides to address them. Then you see articles and reports considering what they are doing to resolve them, without mentioning what it was that caused them, what they failed to do to prevent to prevent their development, who was responsible and, most importantly, how the people have been affected by them.

In spite of the update and the briefing about which the press may feel critical, it seems that they go forward fearfully, afraid to go beyond what is authorised. There have been too many years of censorship. Here are some examples taken at random.

Banes has its new water pipeline, reports the newspaper Granma. The town of Banes, in Holguín province, had its aqueduct, which delivered water to its inhabitants. With the passing of the years and lack of maintenance, the steel pipes and the original concrete deteriorated to the point that out of the 150 litres a second of water to be delivered, only 32 came through, with delivery cycles of 32 days.

Now, after dozens of years, the pipework has been repaired with polyethylene tubes, reducing the delivery cycles to 9 days. A complete success. With not a word about the suffering and annoyance caused to the people by this situation, or saying why the restoration was delayed so long, much less who was responsible for doing nothing for so many years.

In Havana – the TV tells us — some apartment blocks are under construction, to be offered to families in temporary housing, and to others who were living under the La Lisa bridge. The buildings are low cost quick-build, poor quality and unfinished, ending up as a call on the resources (?) and the labour of the new tenants.

Some of the beneficiaries passed some 15, 20, 30, or nearly 40 years living in hostels, or under the La Lisa bridge, in precarious conditions. The journalist did not say one word about the effect this long-drawn-out situation had on the lives of the members of these families, and devoted his time to relating the gratitude of the beneficiaries to the Revolution. End of story.

The Casablanca cinema reopened its doors – Juventud Rebelde tells us. The cinema, located in the city of Camagüey, remained shut for over a decade. Not a word about how the situation came about nor about who was responsible. Nor did it indicate how much the locals were disadvantaged culturally by this prolonged closure.

This all sounds like the report of the story of the patient who, having died of hunger due to lack of provisions, enjoyed the expert and magnificent medical attention in his final hours.