“In the world there has to be a certain quantity of decency, just as there has to be a certainly quantity of light. Where there are many men without decency, there are always others who have in themselves the decency of many men. Those are the ones who rebel with terrible force against those who steal from the people their freedoms, which is to steal decency from men. In those men are thousands of men, an entire people, human dignity. Those men are sacred.”  Jose Marti. 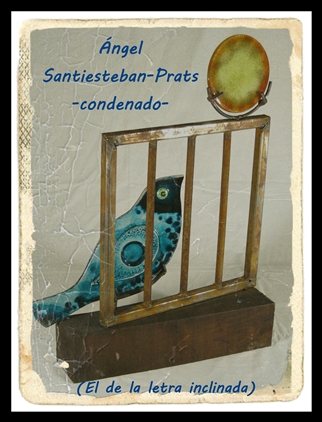 In this time, not a single response from the dicatorship in answer to the requests for a Review of his rigged trial after the false complaints by a resentful woman manipulated by State Security.

In this time, his son grew enough to distance himself from his mother, the complainant, and to tell that he was manipulated to lie and testify against his father for the purpose of hurting him.

In this time, Angel has continued writing, publishing, and reaping awards.

In this time, Angel has continued denouncing the brutalities of the most pampered dynastic dictatorship in the world where hypocrisy reigns.

But, in this same time, thanks to the same dictatorship that keeps him incarcerated, he has been able to denounce the horrors from the very heart of hell, the Castro penitentiary system.

After the simple words of his son — which dismantled the State Security’s crudely concocted plot against him — they have only increased his isolation in punishment because of them, and that’s why we continue not knowing his own version of the events that had him in an unknown location for a week.Right now, his own reality came to occupy the place of the complaints that he cannot send us.

The silence to which they condemn him, the blind, deaf and mute justice, the illegal transfers and his solo confinement, are the most tangible proof that his complaints are true, that Cuba lives in submission to a ruthless dictatorship, where there exists no separation of powers and that to assume the universal right of free expression one pays very dearly.

Incarcerating him and silencing him, the regime says through Angel much more than he himself; it only corroborates with events what it denies in speeches, that yes, always decorated with supposed reforms and feigned openings that are nothing more than the other such farces to which we have become accustomed.

Angel continues a prisoner but freer than ever. The truth is that they will never be able to silence him. The Jaimanitas cell where there is an officer posted at the door 24 hours a day is the most patent and pathetic proof that Cuba is steeped in terror.

“A just principle, from the depths of a cave, can do more than an army.”  Jose Marti.

Click the link for Amnesty International to declare Cuban dissident Angel Santiesteban a prisoner of conscience. 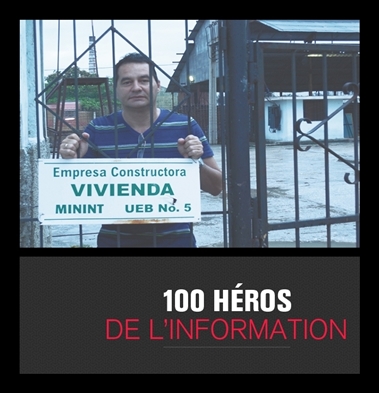