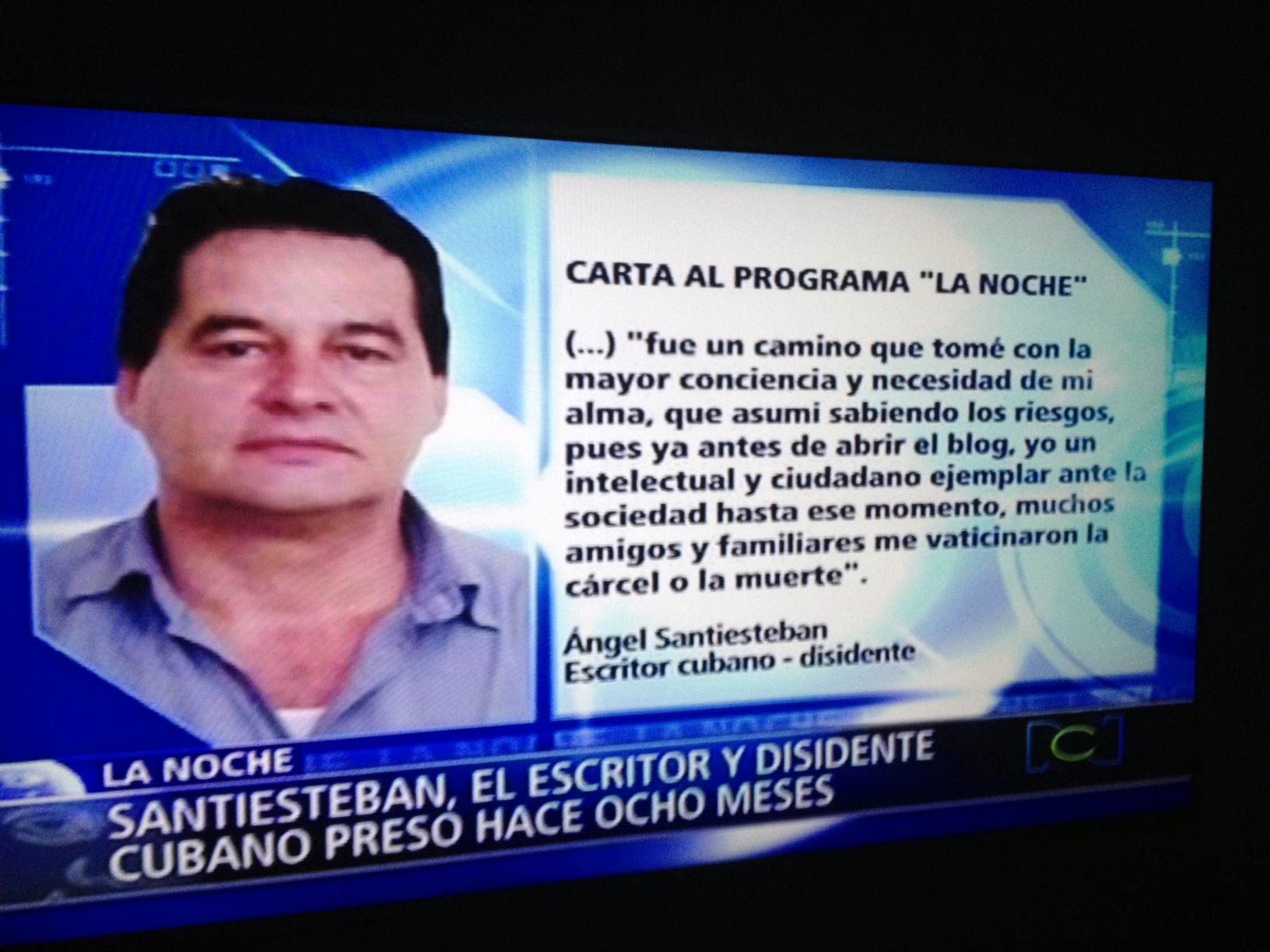 Hello to the viewers, the team who works for “The Night Moves”, in particular to their presenter, greetings to the persistence of friends like the director and the writer Lilo Vilaplana and to Antonio Rodiles, who directs the cultural space and social project State of SATS.

Dear friends, this month marks eight months that I have been imprisoned, and my departure on this primetime programme with a continental reach.

I am not lying to you if I admit to you that I never could have believed that the dictatorship would be able to imprison me knowing that I’m innocent, not because there remains an ounce of sanity of justice in them but because they provoked a wave of protests, so that to expose the evidence of the prosecution and that of the defence, the political game behind the circus mounted against me is clear.

Of course, as a totalitarian regime they have made a show of force, they have once more shown what they are capable of doing to voices which oppose the dictatorship, especially if they are within the Cuban archipelago. I know that my life has been thrown into danger, the mysterious deaths of the opposition leaders exposes their crimes. I have received constant death threats since my arrival in prison, where they have assured me that I will not leave with my life. What also makes it difficult is that there are many eyes of solidarity watching me on an international level. They have also offered to give me liberty if I desist from my opposition ways, or if I change them they proposed my definite departure from the country. In both cases, I refused flatly.

At any rate, the worst will come if needs be, it was a path I took with full conscience and for the necessity of my soul, I took it knowing the risks, because even before opening the blog, I, an intellectual and exemplary citizen to society thus far, many family and friends predicted jail or death for me.

Of course, I don’t want to be a martyr, my dream is to continue being a writer and be able to tell what is happening in my country the hopes and disappointments of my contemporaries. They know that if this doesn’t come to pass, I prefer it, since what I could not tolerate is to continue living in my country under the slavery of one of the most intelligent and ferocious dictatorships which has existed on the face of the earth.

When all will be revealed, many will be ashamed of having supported it, justifying that they did not know.

To you all, my eternal gratitude, long live Cuba and may it be free!