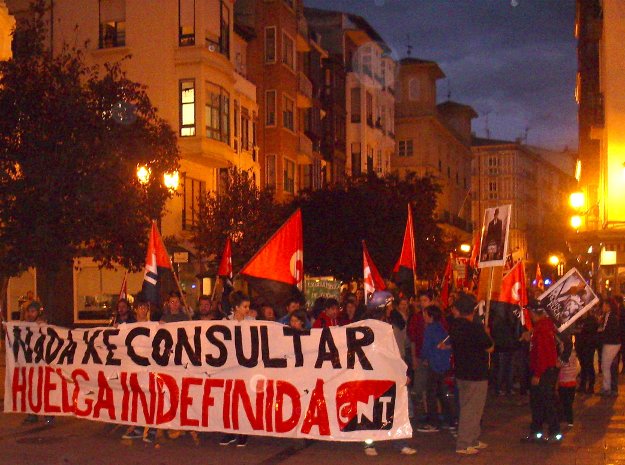 The letter by friends from Spain is a cruel reminder that when it comes to confronting the government, repression can happen anywhere.  One of their sons was detained at a demonstration of the CNT and accused of assaulting a police officer.  Although in this time of smart phones there exists documented proof that it was the police who assaulted the young man while he hoisted a banner, he has to confront a trial where he could be sentenced to up to seven years in jail.  The illegality is so flagrant that Amnesty International has taken an interest in the case.  I am no philosopher or political scientist, my knowledge of economics is precarious, in times past I thought that culture could save us, but also that is an illusion.  It is justice, with eyes blindfolded and a true balance, that they should erect over governments and ideologies to protect any citizen.