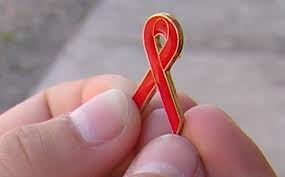 Havana, Cuba: For decades Cuban government bodies have used the issue of the disease of HIV/AIDS as one of the standards of the health system and a model of the politics of the Cuban nation.

When the media and official spokesmen of the Castro family empire address the issue they do it in the most subtle way, always trying to hide what actually happens in Cuba when HIV/AIDS is treated.

Today I don’t want to tell the story that everyone tells about the appearance of the first cases of those infected on the island, much less will I refer to the use of force to take the first people infected from the environment where they lived. Forcing them to imprison themselves in the Sanitariums, which no longer exist.

The issue I address today is the customary institutional secrecy that exists in the island regarding the actual numbers of the disease. When colleagues from the official press talk about the topic they only cite as examples the uncertain achievements of Cuban health system; and as the government provides free anti-retroviral treatment to more than 3,000 AIDS patients, they always make mention of figures released in 2009 – 2010.

The Cuban health system is aware that the actual numbers of the disease exceeds 18,500 people to date. If we consult the data issued by the island to international organizations we would not notice much change. The numbers rarely alter referring to other countries in the region, but what is really happening is something else.

The health system and the emerging plans of vice ministry of hygiene and epidemiology have not proven effective in preventing this and other sexually transmitted diseases. At this time we have the largest number of diagnosed since the beginning of the disease.

To speak of this openly would raise questions about the uncertain educational programs that only appear in the media as something new; and really, as one of the people who has actually made a tour through the island, I can assure you that what is said is far from reality. These programs are just a justification for the funds allocated to the island to stop the disease and to support those who live with it.

The mismanagement of funds is always justified; the Cuban leaders and representatives in the base of the Party are the only ones who get the benefits from these projects: modern cars, computers, electric bicycles, air conditioners and allowances for travel and lodging in the country and abroad, just to cite some examples.

But have you asked yourself if these benefits reach the sick? I assure you, they do not. People diagnosed — despite the fact that anti-retroviral drugs are regularly delivered to the country free — are forced to suspend their treatments more than three times a year because of the absence of one or two of their drugs or components. These treatments are carried to the mouth of the sick the vast majority of times accompanied by a glass of water, milk and juice not being available.

When discussing the issue of AIDS in Cuba I can not fail to mention the number of sick people serving sentences for common crimes such as the theft and slaughter of stolen cattle to improve their diet. Some have had to go to state offices to demand the government improve their homes, others have had to steal in recent times because of the termination of social assistance. With my note I do not want to exonerate anyone from their crimes, but I do want to call attention and ask the international agencies who help to look at the Cuban nation and issues like these.

Cuba is the country that proclaims itself a medical power and a bulwark of the fundamental rights of man, which prior to the year 1998 opened a total of six prisons solely for people with HIV/AIDS with a prison population of over 500 men and women. The figures of the disease in prisons are beyond the knowledge of any entity and no international body can imagine one of these places. Many of these people who are in prison with the disease were not diagnosed when they were free, the vast majority contracted the disease in prison through purposefully inoculating themselves to try to avoid long prison sentences or to try to qualify for parole release.

These are some of the things that we need to address in 2013, calling things as they should be called and putting in the dock in the courtroom not only the Cuban government but all the international organizations based in Cuba who know the situation and who exchange diplomatic passports and a life of luxury for the silent Cuban reality. Becoming lackeys and accomplices of a government that does not respect in the least the international covenants on human rights.

If we speak in this same language all we can say is that today we did indeed speak of AIDS in Cuba.