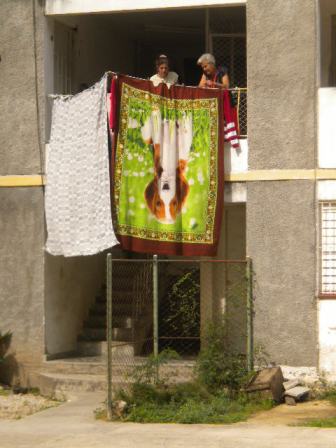 Sometimes the Cuban democratization process seems easier as I see it almost every day. LaySpace and the Felix Varela Center, under the supervision of the Church; Temas and last public Thursday, the magazine Criteria and other academic spaces seem to have, if not the magic bullet, at least an idea of how. In these environments it is common to hear terms such as participation, empowerment of civil society, multiparty, electoral system, all terms that converge and are consumed in democracy.

The government has chosen the ostrich technique, as if to look the other way, the problems discussed in the above forums, — and in others less conventional but equally active — will be solved, or rather, did not exist. This attitude is essential for the maintenance of power, but it is irresponsible to ignore that this active minority pronounced in forums or brief published magazines and retail distribution roll, is precisely the group of people who are thinking about Cuba.

Moreover, the government has had a delayed reaction, it is not until recently that there is talk in the media of Cuban civil society, for example, referring to the artistic intelligentsia gathered under UNEAC (the Writers and Artists Union). It was a bloody end, having long before been adopted to opposition groups, and therefore unrecognized, groups that in any normal country defend their space without earning the scorn of the government. Some organizations can not in any way rule out others, in this exclusion is implied a sort of political racism that is as detestable as other forms of exclusion.

I just said it, it comes in handy for commenting on a proposed initiative by the Critical Observatory, for the next elections, to vote with a D in the column blank, an initiative that has received much criticism. It is not a call to insurrection to seize power. It is a citizens’ initiative, one more of the many and varied that are needed for democratic learning.
It is true that all the D’s will go in the column of the voided ballots, but the presence of citizens in during the vote counting allows them to know the data base, that is how many ballots were voices (even if they don’t vote, they are on the list of voters, it is their right by law).
The more citizens take the initiative, the more interesting is the comparison of these numbers with the official figures. The government could also publish, in one of their tabloids that they print for any need, the outcome of the vote in every school in the country, divided into provinces and municipalities, and even districts if you wanted to be picky and silence those who believe that the result is manipulated.

I get lost in these topics that I think about so much and yet I find it difficult to write with the brevity I wanted. I remember blogger Yoani Sanchez in a police station facing an official who is warning her that she is disqualified for dialogue. This functionary at best didn’t know that to have a personal blog makes you responsible for yourself and your opinions; this functionary at best interpreted as political interest her interest in politics. Or maybe he thought of nothing and only complied with an order.

My son is starting at the university as an undergraduate, and in an introductory class on Commercial Law the emphasized the need to know the laws, the rights and duties of citizens, and when he asked who had read the Constitution, or at least skimmed it none of the students raised their hand. The helplessness involved such ignorance is an alarm with respect to the future, because I have the impression that these young people have been subjected to such politicization that they are immune to politics, and that is not good.

These two moments, though at first glance may it not seem so, are related to the exercise of citizenship as an inherent right. For now, I’ve left the little blue booklet of the Constitution for my son on his nightstand. I do not know if the political police who scolded Yoani already have learned that in a civil dialogue partners are elected by their constituents. And to grant or deny rights is the law.