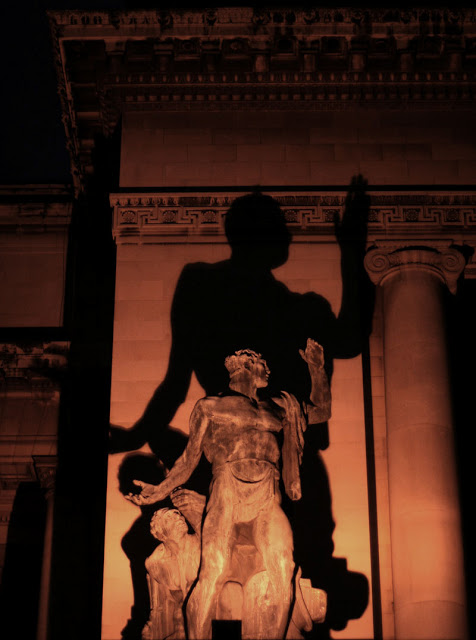 The Capitol was decapitated as an institution. Its decadence expressed majestically in the tattered officials under its vaults and the urine of the stateless drunks around about. The odd graffiti on the steps. Scaffolding and shadows, nothing more, a most Cubanesque puppet theater.

The people learned the advantages of fleeing, like the plague, from any left-over virtue. Progress was definitely taboo, half bourgeois and half Marxist. Our humanity itself sank, from excessive levity. Island of Cork, Capitol chipped away.

Each morning the statues are more alone. Looking off into the distance but not even seen there, despite continuing at the same distance, guarding the steps.