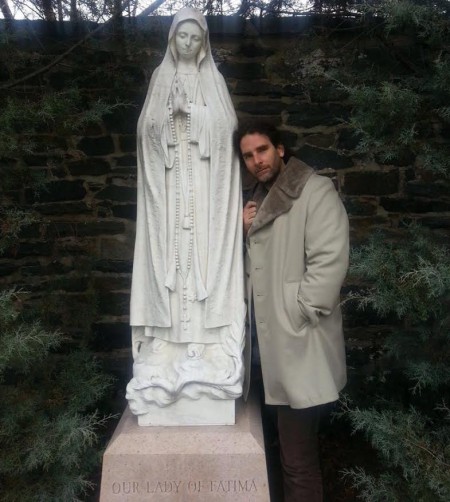 At 7 past 7 in the morning of 5 March 2013, yesterday, I left my wooden house where I had lived all my life, to go to José Martí airport. I spent the whole night copying things on a few flashdrives. And deleting evidence of my ever-more-obvious work as a dissident and counter-revolutionary.

Of course I copied texts, which don’t take up much space, of which I had thousands, mine and other peoples’. I copied photos, which do take up a lot of space and aren’t worth the trouble. I copied what I could in those pendrives which would constitute all my work from that Tuesday onwards. Those gigabytes will be my oblivion and my eternity. My portable homeland, my body, my lack of spirit. My illusion that the journey was not true.  I did not want the journey to become true with the passage of time. But it did. Better that way.

I left everything I loved on top of my bedsheets. My mother still hasn’t changed the bed clothes, she tells me every so often on the phone: a white and yellow bedcover, knitted in 1934 by my paternal grandmother, the Andalucian lady who was born at the end of the 19th century.

I donated the Vaio i7, one of the fastest ones, outside the Council of State. I left the Canon 7D camera, also given by generous anonymous hands that turned out to be from Washington DC, where I am now writing this page, in the Rosslyn subway station, which, for some reason, seems to me indistinguishable from the Focsa building.

I left the pictures of the girls I loved, some of them naked, all of them so helpless (none of them was a woman, much less, my wife). I left the insidiously annotated books, which are not to fall into the hands of the State Security. Especially Paradiso, where I save a small novel annotated on the margin of Cuban Letters and Cintio Vitier’s menopausal prologue.

At the airport, the same killers that put me in jail three times took my passport and held me alone in a room for over an hour. Based on the time, I thought the plane to Miami had taken off without me, and I left the terminal area. I told this hatefully to Radio Martí. On the sidewalk, my 77-year-old mom was crying. But Silvia came to me and told me, “Fuck it Landy, go in there only come out if they’re taking you to jail”.

And I went back in, jumping the security barriers as if nothing would happen. A scene from, I believe, Basquiat came to my mind. Until a black man wearing a uniform ran to me and took an object out of his front pocket. I thought it was a gun, and I swear to God I did not care. But it turned out to be just my passport. The man wearing olive green asked me for forgiveness and said there was “an error in the database”.

It turned out that they had delayed the flight for three hours (these Miami charter companies are 100% Castro’s police). Minutes later, at the Miami airport, they called me out of the line with loudspeakers, my name was a “priority case” (and no, don’t even tell me about the “Americans”; in fact I myself am one more American).

Hugo Chavez was just now dying in Venezuela. Nicolas Madura was crying on Miami’s flat screen TVs. My night would soon end with Pedro Sevcec, who immediately asked me the same question State Security asked me in Havana: What did you do to the Cuban flag?