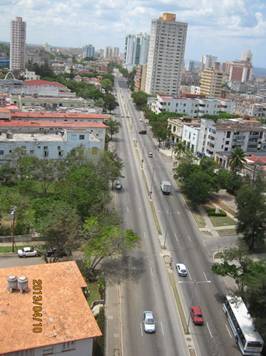 The work of the self-employed, which the authorities are reluctant to delegate by its true name of private work, trying to maintain at all costs the fig leaf of their tropical socialism, with its back and forth, advances and retreats, has represented one option for the survival of thousands of Cubans (according to the latest official figures, 442,000). However, it has had no effect on increasing production, since it is limited to a narrow space in the area of services.

If we take a look inside at the Cuban industrial base, it makes you want to cry, for its technological backwardness and accumulated obsolescence, with little maintenance, poor repairs and primitive adaptations to prolong its operation, but no chance to compete because of the low quality of its diminished production.

The few centralized active sugar mills can’t escape this evil, true industrial dinosaurs, with repeated interruptions from breakdowns during the manufacturing process. Light industry, which in the fifties was modern and productive, has disappeared, and what’s left, also obsolete, is incapable of producing the minimal  necessary for consumption by the population, forcing them to import what’s needed with the consequent expenditures in hard currency.

If they really want to take steps in the right direction, leading to the solution of the existing problems, they need to be done with the failed ideological squeamishness and seek foreign investment. The country is bankrupt and has no real possibilities of changing its situation, because it lacks the capital to do so.

This investment, without any exceptions, should be secured by a solid legal framework to give investors confidence and protection against the ideological rants, our leaders are so prone to every so often. This investment from abroad, must be accompanied by domestic investment of those Cubans who, despite everything, have been able to collect some small capital.

In a globalized world to try to live in isolation, let alone nursed by others, is a sovereign insanity. Cuba’s attempt to do it, something that will happen sooner rather than later, should be undertaken showing responsibility and maturity. Here slogans and sentimental speeches abound, recalling past glories, real or fictitious. Reality sets in and, consistent with its rules and demands, it should act. Everything else is pure political trash.