14ymedio, Laura Rodríguez Fuentes, Santa Clara, 31 May 2020 — José Daniel is not called that, but he liked that pseudonym to create a fictitious profile on Facebook and on the messaging platforms that he uses to sell home products whose marketing has been banned by the Government since the start of the Covid-19 pandemic.

At about thirty years of age, José Daniel travels on a rustic bicycle that has a plastic box on the back, where he keeps the merchandise that has been previously ordered via the App Messenger. Very cautiously, he covers them with a cloth and places a black jacket on top of that, which might mislead the police if they arrest him. Being careful, he makes only one delivery a day.

In early April, the Government ordered that the sale of food and hygiene products would happen onl in state stores and in the hard currency businesses controlled by the Revolutionary Armed Forces.

Purchase caps were established: two units of each merchandise per person. The distribution of some food and hygiene items was suspended and physical markets closed, where previously it was traditionally tolerated to allow individuals to sell the products they brought back from trips abroad.

The government said the measures are intended to prevent the hoarding of basic necessities due to the emergency stemming from the Covid-19, but critics say the measure is intended to let hard currency to enter Cuba’s decimated economy.

The result of these measures in Santa Clara was a growth of fifty percent or more in the informal market, according to calculations that take into account the number of merchants and products.

Now, the informal market uses the social network Facebook to offer goods, and messaging platforms such as Telegram or WhatsApp to finalize sales of products that the government regulates: chicken, pork, toothpaste, clothing, light bulbs and others.

José Daniel, like other merchants in this digital black market, asks that his identity not be revealed because he risks a prison sentence of between three months and one year, as established by the Penal Code. He says that less than a month ago a friend of his was taken to one of the Santa Clara police units for carrying a bag with several pounds of ham.

Since the government announced the regulation of the market, the official media have shown the arrests of alleged hoarders on TV. But these public Facebook pages have not been touched, perhaps so as not to give a further twist to the shortages that the country is experiencing and that affects ordinary Cubans.

José Daniel also says that he studied pedagogy, and that under his same pseudonym hundreds of merchants operate. Others use names like Verónica but they are men, or they choose the identities of famous people in Cuba like Becky G, a reggaeton singer.

“The profile is common (several use it) and the requests are reviewed (taken) by whoever has mobile data at the time,” he said. “Every day, we receive about ten or twelve orders, at all hours, according to the offers we publish.”

The products marketed by him and “his people,” as he calls those who are part of his network of colleagues — i.e. illegal resellers — are obtained in the same way as ordinary people do: by waiting in long lines at the stores of the Cimex chains and TRD Caribe.

“We always go with more than five or six together, or sometimes we talk to our family members so that they can help us purchase more, but we don’t take them in large quantities either,” says José Daniel, who does not consider himself a hoarder and does not like the government’s use of this term.

For him, a hoarder is one who takes advantage of scarcity or keeps staples for the wholesale market. He says he buys goods that sell quickly in this clandestine market, including the most demanded and rationed such as oil or chicken. 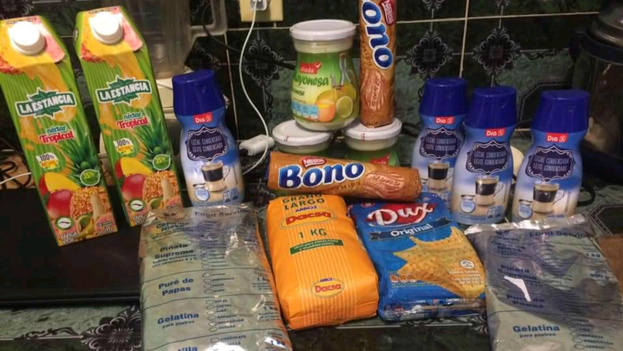 Unlike the state ’online’ stores, which have generated criticism, the black market sells and offers home delivery. (Laura Rodríguez)

When the pandemic broke out, Cimex and the Caribe expanded the e-commerce services of the online sales platform www.tuenvio.cu with the idea that people would stay home and not be exposed to Covid-19 while lining up to buy basic products.

However, very few were able to access the platform the day it launched with new services because it collapsed. Those who managed to register and make purchases got the wrong products or did not get them at all.

Authorities closed the platform until pending purchases were addressed. On the other hand, the Santa Clara black market never had this problem.

For almost a year, when two groups were created on Facebook, Telegram and WhatsApp called La Candonga de Santa Clara and Revolico Ventas Santa Clara, everything has worked smoothly. In them you can find everything that is scarce in state stores but at exorbitant prices.

Although an important part of what is for sale on these platforms has been purchased in state stores, and therefore reselling it is illegal, its existence is not a secret to anyone. Both groups are public on Facebook.

In order not to have problems with the authorities, the administrators of these portals do not accept publications from users related to the island’s politics or situation that go “against morals.” Those who defy such prohibitions are immediately eliminated.

In Santa Clara, where about 220,000 inhabitants live, the site La Candonga has more than 34,000 members while Revolico has 45,000, each representing a family, which means that the majority of the population of that city uses one or both these two platforms.

Sellers include photos of the products they trade. Sometimes they indicate the price or ask for offers by Messenger, WhatsApp or Telegram.

Like Facebook, Messenger is the messaging platform most used by Cubans and is ideal for informal market transactions because it does not require giving a phone number that the authorities can later track.

Most merchants, in their false profiles, charge a supplement for home delivery.

Since the government decreed restrictions on the sale of products, traffic on the sites La Candonga and Revolico has exploded.

According to official information from Facebook, in the last eight weeks about 14,000 new members have joined the La Candonga group. On the page approximately 935 daily ads are posted by different users who buy or sell merchandise. 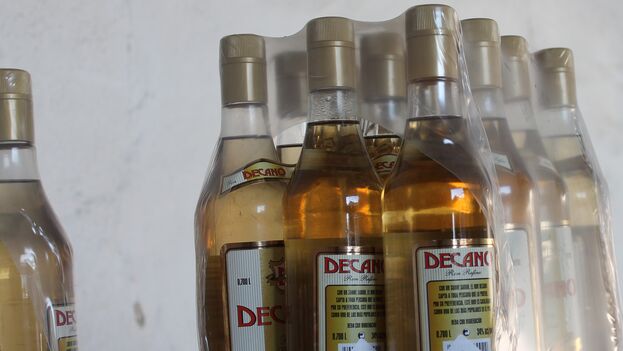 These groups have become the only way to get items that are basic or hard-to-find at hard currency stores, such as toothpaste, in addition to chicken or ground meat in amounts higher than officially allowed.

The site La Candonga offers everything from light bulbs, stoves, paint, clothing and shoes, to cheese, ham, eggs and sex toys, the importation of which is prohibited.

Many, however, protest the high prices of the items, which sell for up to four times more than the original value. A tube of toothpaste, which normally costs 1.10 CUC, reaches more than 6 CUC. A bottle of oil, whose original price is 2 CUC, can end up costing 4 or 5 CUC.

“The resale of so many products from the stores on these pages is an abuse,” says a user of the La Candonga page. “Total lack of respect. If what is resold had remained in stores, someone would have bought it at a normal price. If the government does not comply, we should help each other and not massacre each other.”

Others defend the page because they prefer to pay for products at any price in order to avoid the lines and avoid contagion.

“I would rather have it brought to me than have to stumble from store to store,” says Ariannys Lemus, a mother and housewife from Santa Clara. “Hopefully this is not shut down because then we are going to embark. I prefer to pay anything for a pound of cheese that is nowhere to be found.”

The success of the virtual site La Candonga in Santa Clara is due, in part, to the closing down of the commercial area that bears the same name and was closed in April by the authorities to control the epidemic, since it is located in the city’s hospital area.

Hundreds of self-employed people gathered in La Candonga — a word brought to Cuba by the Angolan war soldiers in the 1970s and 1980s to designate a trade area — and were dedicated to selling products imported from Panama or Guyana by individuals such as the doctors returning from missions in other countries. Although this activity was not exactly illegal, it was not totally legal either. It was tolerated.

It is those same “candongueros” who created the virtual platforms.

Those same “candongueros” switched to virtual platforms and thus joined a totally illegal market, in which the operate as resellers of products taken from state hard currency stores.

Overnight, Facebook groups became their only means of selling the products they had invested thousands of dollars in, between trips abroad and wholesale purchases.

Yanet González traveled to Mexico twice earlier this year. From there she was able to bring more than 50 kilos of merchandise. “When they closed the area, I had to start selling what I had bought through the networks because I had to get the money back,” says the thirty-year-old. “I have managed to sell some, but I am a little afraid to post other items that I’ve been told may not be sold, such as personal hygiene products, for example.”

As in other times of crisis or scarcity, the Government has made efforts to transmit an image of toughness against hoarding and the black market.

In recent weeks, it has organized raids and confiscated several warehouses of illegal products, discovered by complaints from neighbors or anonymous calls.

In addition, the television newscast has issued reports, almost daily, of seizures made in various provinces. They have exposed the faces of the accused to the cameras, whom they label as “embezzlers” or “hoarders” in the midst of a pandemic.

In the province of Villa Clara, for example, on May 13 the police raided the illegal warehouse of a citizen who had in his possession more than 400 boxes of juice, 120 liters of oil, more than 1,000 packages of jams and 538 bottles of rum.

The products came from the state’s own establishments and hard currency stores. In other raids, the official media have reported the arrest of several carriers who allegedly diverted oxygen cylinders or stored large bales of onions in the province of Mayabeque.

However, these operations have only touched the tip of the iceberg of a purchase and sale system whose operation enjoys good health.

So far, two fundamental links in this business have not been affected. The social network sites where the articles are usually advertised have not been the target of the authorities. Nor are the administrators or clerks of the hard currency stores, who frequently collaborate with the so-called hoarders in exchange for bribes.

José Daniel and his work colleagues suspect that the Government, despite its rhetoric, has decided to “turn a blind eye” to virtual reselling. “They don’t want to tighten the rope too much so that people don’t suffocate.”Just in case, he takes his precautions. “I take care of myself, I do not want to appear on the newscast.”