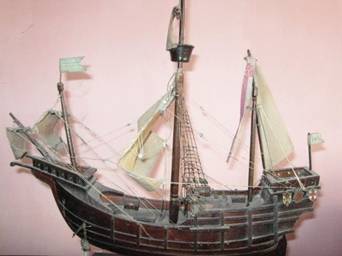 The official government Cuban press sometimes surprises us with some “profound” article that causes us to think. Last Tuesday one such article appeared in Juventud Rebelde with the title, “Abya Yala, the aboriginal name of America.”

This kind of gesture aimed at erasing the 522 years since Christopher Columbus’ discovery of America, marked on Oct. 12, has now become a mental trauma for some people. Just to be critical, they have even criticized the concept, “Meeting of Two Cultures,” which seems right to me.

It turns out that, according to the so-called “original peoples” (who in reality are not so “original” being that before them came many others, even going back to the first being considered human) and their defenders, Earth is not called that, but rather, “Pachamama,” and America is “Ixachilan,” “Runa Pacha,” or “Abya Yala.” That is, according to these “originalists,” gathered in multiple workshops, conferences, campaigns, congresses and summits, it was decided that, as of 2007, instead of “Americans” we are “abyayalesians.” If we follow this logic, then instead of “earthlings” we should be called “pachamamians.” Really, I do not like these little names. I’ll stick with the current ones.

Every country names the “Earth” and “America” in its own language, but for all, they are “Earth” and “America.” This is what allows that, although we speak different languages, we can still understand each other. This business of everyone pretending to give his local name to those things that involve us all, aside from being a ridiculous pursuit, is just nonsense. Besides, America, when it had contact with Europeans, was no great nation or even close to being one. There resided in America various tribes, some more developed than others, that warred amongst themselves, had their own dialects, and lacked a common language. The Spanish language, as the poet Pablo Neruda pointed out, allowed us to understand each other, just as did Portuguese and English.

This snobbery of wanting to change historical names constitutes a true waste of time and resources. Respecting and admiring what our ancestors – from the Greeks to the Aztecs, without forgetting other civilizations – contributed to the development of humanity, those peoples known as “original” should devote their efforts to making up for the hundreds of years of backwardness they suffer in relation to those who are not “original” but who, nonetheless, by virtue of talent and hard work, have given humanity the majority of goods of all kinds that we enjoy – and that many “originals” also enjoy, starting with their leaders.