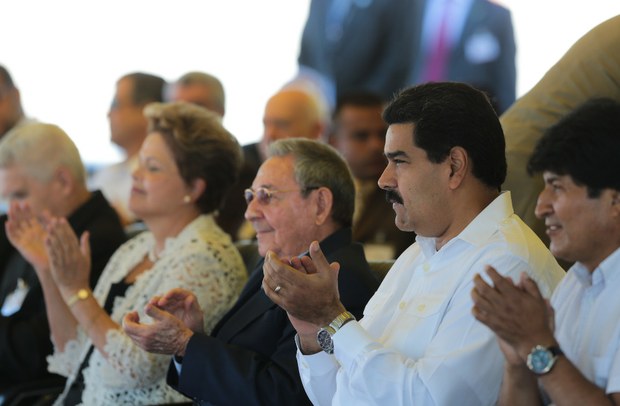 It is natural and deferential that General Raul Castro invited Mrs. Dilma Rousseff, President of Brazil, to the opening ceremony of the first phase of the container terminal in the industrial area of Mariel; after all, Brazil is its largest investor.

Also, complying with the rules of protocol, and a little excess in praises during his opening speech, the Cuban president praised the presence of other leaders who are attending the summit of CELAC. Typical “prostitute” tactic to attract new investors.

But what I didn’t understand was why Raúl merged, in his inaugural address, CELAC, Mariel and the 161st anniversary of the birth of Martí. I was left like Evo Morales, head in the clouds.