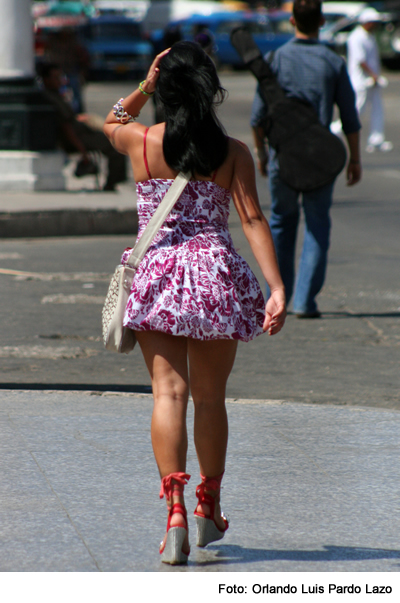 “If I loved you before, it was for your hair,
now that you’re bald, I no longer love you.”

She woke up at six to meticulously untangle her hair with a broken toothbrush with the toughest bristles. Her hair reached almost to her waist, but now she was giving it a final straightening, a goodbye touch. Before the end of the year she turned her wavy mane into money to celebrate Christmas. “We buy hair,” could be read on the door of the narrow hallway where she went in, without dwelling on it. Two hairdressers assessed her mane based on the number of inches it exhibited, how copious it was, and especially on how well cared for. She arrived early with a long bun and left after noon with barely a bit of fuzz behind her ears. In exchange, she obtained an interesting sum in convertible pesos with which she bought pork, cider and tomatoes, and helped her mother repair her dentures. “It will grow,” she consoled her boyfriend when he saw her for the first time after the scalping. “I cut it because there was a plague of lice”… she fibbed.

The market for hair is gaining strength in a nation that oscillates between the imperatives of coquetry and material difficulties. Late in the Havana night, a good part of the bold hairstyles seen on the streets are achieved thanks to extensions and additions. Buyers with more money look for tresses that haven’t been dyed and particularly those from young women. Some of these traders travel to small towns, knowing that they will find the goods there at cheaper prices from more desperate sellers. In the hands of the stylists, what are also called “mechas” are glued, strand by strand, to the head of a new host in a process that takes hours. Although synthetic locks are also used, those of natural origin are in great demand and fetch a higher price. They are imported from Florida, Ecuador, Mexico and are a recurring order to relatives who travel abroad.

Right now, the only economic capital many women in this country have stems from their scalps. If the going gets tough, there will always be someone interested in buying their mane, an exchange of scissors for money.