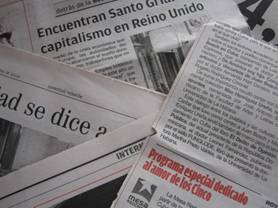 Any respected scholar of philosophy, dedicates preferential attention to his ideology, that is, the set of his own ideas. The ideologue is the same, but with absurd and preposterous ideas: therefore, it consists of a set of anti-ideas, which are intended to provide a multipurpose drug for the evils facing the world and, it is affirmed, provide a complete cure.

An ideology needs ideologues to provide a base and make the ideology known to the exploited masses, ensuring its understanding and acceptance, creating a battle flag. The work of ideologues will not be successful without the creation of the ideologized, which constitute the main purpose and goal of their efforts.

This triad (Ideology, Ideologues, Ideologize) — it seems like a tongue twister — is easy to find in Cuban society. The model is ready and has all the elements for its existence and development: control of media, agencies and institutions and political and social organizations formed for this purpose and, most importantly, a population devoid of instruments granted to civility in any moderately democratic system. Thus, we find many examples, past and present, to prove it conclusively.

The failed Ten Million Ton Harvest, Converting Setbacks into Victory, the Battle of Ideas, the Fight to Control the Aedes Aegypti Mosquito and the Liberation of the Five, in addition to their economic, political, social, health, family and other types of reasons, have had and have a high ideological component, both to convince citizens that they could achieve something that was material and objectively impossible, and to maintain the ideologization achieved withsamurai machetes that go, go, go in the first two examples.

In the third, it was about filling with ideas the real vacuum created by the collapse of the socialist camp, and with it, dealing with the economic underpinning of the deteriorating Cuban economy, unable to afford even the minimum necessary to feed its poor population.

In the fourth, which has now lasted for over thirty years without tangible results, with its ineffective measures, applied over and over again, with a stubbornness worthy of psychiatric studies.

In the fifth, it is more of the same, present even in the soup, with the aggravating circumstance including not only the adult population, but even children, something rejected and condemned by UNESCO, but their representatives here have not yet been warned.

These are just some random examples: there are many more. Although ideologization, applied for over fifty years, has affected much of the population, polluting society with the virus and the inertia,and the letting things go, waiting for better times, it has not been the case with all its components.

Today, more and more voices are raised rejecting it and demanding the full exercise of citizenship rights and the necessary changes: the emergence of a civil society in the face of an exhausted discourse and also worn out speakers.

It is true that it is still very weak and has only begun to crawl, but hopefully, by natural law, sooner or later it will stand up and begin to take its first steps. All, without exception of any kind or political intolerance, we must help to walk.