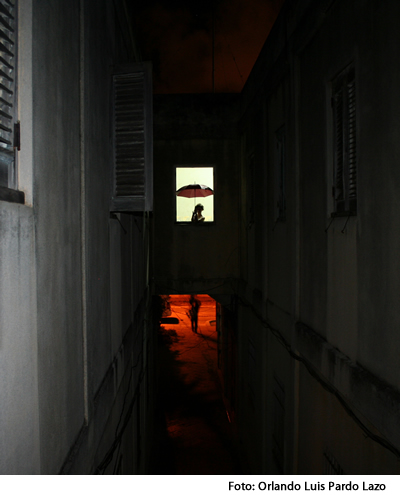 I don’t feel sorry for the fallen bourgeois.
And when I think they will make me feel sorry,
I clench my teeth and close my eyes.
Nicolás Guillén

I hadn’t seen him for years. Almost five years. We had gone to the movies together when I was seventeen and they were showing the film “JFK” on the big screen at the Yara. The first notes from his guitar sounded in the living room of our house, on a day I still remember. He evoked, also, collecting cigarette butts off the floor in those hard years to make a cigarettes wrapped in the fine paper from the phone book. We laughed, because even though those were times of scarcity – great scarcity – we had the luxury of forming part of an incredible group of friends, all creative, supportive… rebels. Later our roads diverged, as so often happens. His father was well placed in the power structure, and the family didn’t want anything to do with those “crazy protestors on the 14th floor.” The last time we met he was driving a new model car and was already living in Vedado.

A few days ago he called. Affable and affectionate as ever, he tried to approach, with words, a friendship that distance and lack of contact had weakened. He said his father had been ousted in one of the anti-corruption purges. They didn’t put him in jail, but they made him retire early before ending up in court. The whole network of favors, influence and relationships cultivated over years of rubbing shoulders with officials and ambassadors, collapsed. Someone who had been a confident man fell into an emotional crisis, some neighbors stopped greeting him, and his colleagues at the Ministry turned their backs. He went from being the star on his Committee for the Defense of the Revolution, to being a target of control by its chief of surveillance.

As if that wasn’t enough disgrace, our old friend told us that in this midst of all this turmoil his father had been diagnosed with cancer. Now he’s in treatment and “has to stand in line for chemotherapy like any other patient… no privileges now,” the voice on the phone confirmed. He barely has enough money for gas and his wife has all of a sudden grown old. I felt badly for his family, sad, but I reflected that now they themselves are experiencing – and for very different reasons – what those “crazies on the 14th floor” have suffered for years. The stigmatization, the look over the shoulder, the caustic laugh of the informers, the helplessness. All that aside, I confess that I pity the fallen bureaucrats.