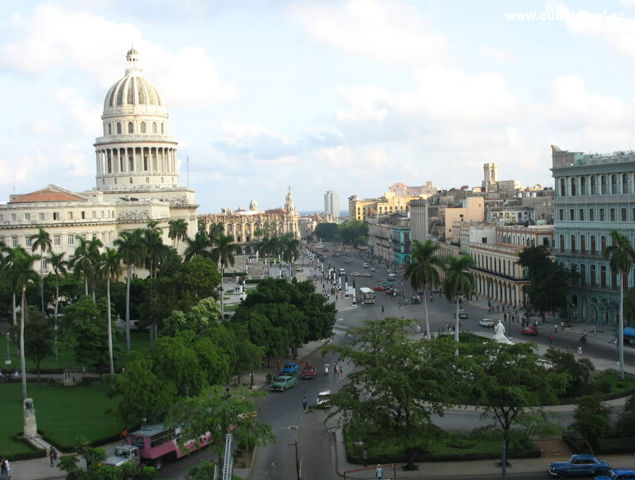 I was born in a poor neighborhood of Havana where one day my parents, natives from the east of the country, came in search of better luck. I grew up not believing and any religion or trusting in god and his saints, or in promises, or in the destination. I only had sighs and impossible dreams, waiting in my future.

My mom told me I would have better luck because I could study, and with study, I would have everything. I graduated from high school from the best school in the country, got my degree at the University of Havana, and my reality was different.

I had a college degree, but with it my dreams were still impossible. Now heavier with a son in my arms, and accompanied every day by dissatisfaction, powerless and pessimism. At night depression overcame me, and tears.

Thinking, I looked in vain for a way to reach my dreams, and I soon concluded that the only way to achieved my dreams was outside my island. The same resolution as so many of my friends, who now reside in distant and cold countries. The only one left, who didn’t have the slightest choice to make plans, the most insignificant details of her life.

I started to dream again, not of imaginary foreign lands. I was leaving work with the toys for Three Kings Day hidden in my bag, opened the door and on tiptoe, entered my little boy’s room and put the gift under his bed.

I dreamed so many things and my eyes opened.The sight of those empty streets, clear, always very quiet in the twilight. Everything was different from the rowdy avenues of my old Havana. Then, inside my dreams, I, in that strange land, thought of my mother and my brothers, then of my neighbors and my neighborhood. I missed them, and when I awoke from my reverie I had tears in my eyes.

I discovered that I like Cuba, I love Cuba, the land where I took my first step, which received the first drop of my blood, where I was hurt in my first fall, which absorbed my tears of grief, which heard my first laugh.

I realized that I would be the most unhappy being, if one day they didn’t allow me to try other horizons, as my parents did in their time, or did not let me return, to the place that inspired my first breath.