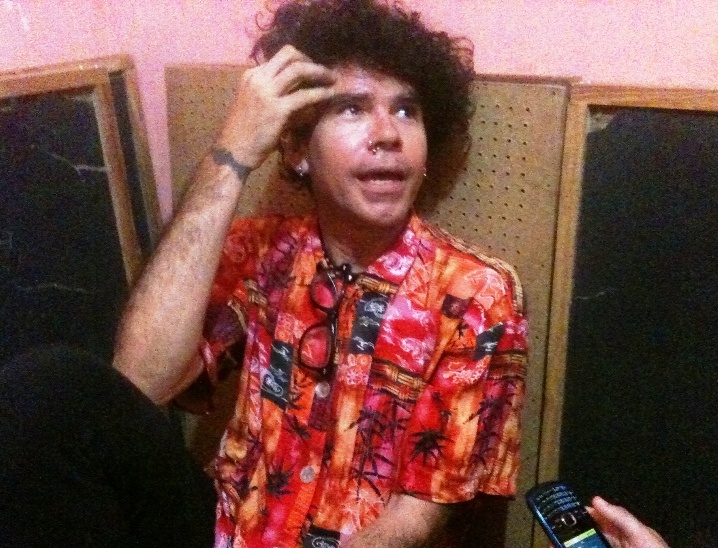 I’m out on bail now, waiting for a trial with no date. What I have, if I have something, are two pills in a backpack. I made the mistake of signing the bond with the full offense. After they released me, the legal assistance from the Cuban Law Association (AJC) helped to understand what I signed, in order to be set free, I should have written, “for an alleged crime, that has not been proved.”

The crime they put in there was the whole nine yards of the penal code. The full paragraph referring to drugs. But at the time I signed, I didn’t have legal advice, because even though I asked for it, they didn’t let me see a lawyer. If I made a mistake signing those papers so they would release me, it was because I was under a lot or pressure with a violent migraine, I wanted to go home and without legal advice, I did it. 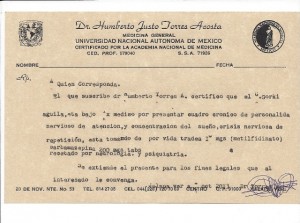 The instructor/investigator told me to sign, that the crime he put (“so this is how it should be put,” he said) didn’t mean they would accuse me of all that, that he was going to wait to see how things were evolving to tell me the crime I would be charged with. That is, they put the full paragraph to choose what crime they were going to put or if they were going to put a crime.

Those are my fears, that now I can’t be sure of what they’re accusing me with. The instructor also told me, “It could be that all this goes in the file and the prosecutor doesn’t approve it. Because if you bring the papers, at best, nothing will happen.” He also told me that it’s possible they’ll take it to the prosecutor and then tell me what crime I’m accused of. I’m in limbo, without any definition of the crime nor a date for the trial.”

Do you have all the medical documentation?

I already scanned the document from the doctor in Mexico who prescribed the Tradea. My family sent it to me, but my family doesn’t know the full process, since the document isn’t legal until it passes through a notary and then through the Ministry of the Interior in Mexico. And ultimately it has to go to the Cuban consulate. To send proof to Cuba that the doctor exists and the notary exists. And then the Cuban Consulate will say that “the whole world exists,” because it has legal force. I’m in this process, but I’m worried, because I don’t have a trial date, they could summon me tomorrow without my yet having the documents that would be my defense. 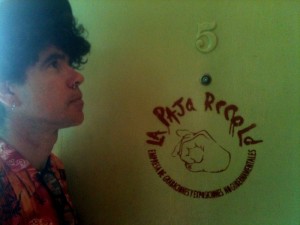 The legal document says that I am taking Tradea on a medical prescription. Basically, in a normal country, that eliminates the crime they are inventing of “trafficking and possession,” in two epilepsy pills, for a disease I’ve suffered from since I was a teenager.

I also went to the doctor here to get a clinical medical history where it explains why I take Carbamazepina. In Mexico they prescribed me Tradea, but here in Cuba it’s on record that I’ve been epileptic since high school. The pills are for  epileptic seizures that I don’t get very often. And Carbamazepina and Tradea (metilfinidato) are similar.

How did the police authorities treat you?

The arrest followed the classic treatment you get in those places. They started out by threatening me: “Now you’re going to roast. Are you the guy in Los Adeanos*? You’re being tracked by your Committee for the Defense of the Revolution (CDR)…” I told them that in this country everyone is tracked by the CDR. [*Translator’s note: Gorki is not in Los Aldeanos.]

From the beginning, I started to ask for my medication, but they wouldn’t give it to me. Although my girlfriend brought it for me, they didn’t want to give it to me.

I was detained from early Sunday morning — for us it was Saturday night because it was a little after midnight — until 4:30 Monday morning. And I can’t describe the lack of hygiene in a Cuban jail cell. The jail bathroom looks like hell, not to mention there’s no water, you can’t flush. You are constantly breathing a stink of shit and piss. The cockroaches crawl all over everything, the filth of the floor is never cleaned. When a cell is filled with 4 people, everyone is sweating and breathing in the heat, it gets more and more uncomfortable and it makes you anxious to get out of that place.

There was something in particular that made me feel very humiliated. I was sitting on the floor, because I hadn’t eaten. I didn’t want to get dizzy and I had a bear of a headache. And one of them took out his cellphone and shouted at me, “Hey, look over here,” to take my picture.

They wanted to do a urinalysis. Looking not only for “evidence” of the two Tradeo tablets, but also the supposed drugs in my bloodstream. I would never agree to this. They even threatened me, “We’re going to give you 8 years for contempt because this is an order and you have to comply.” I told them, “I’m not going to give you any urine, because I don’t know what you’re going to put in it.”

And then they said, “That’s defamation.” Every time I spoke it was more years… I told them, “Look, if you notice, this medication is sold in Cuba, but not with this trade name. Tradea is metilfinidato. That is sold here.”

It’s the same medication, purchased outside, by medical prescription. I have Mexican residence, I have the right to have my pills. The police told me, “Ah, that’s international trafficking.”

What were the circumstances of your arrest?

We were seated, Renay (the drummer) and I, on the wall of the Obrera Maternity Hospital, in Marianao. It was the night of Saturday, 28 September, “CDR Day.” Before that we had an open-air interview with a journalist, an American university student, in La Puntilla, on the beach in front of the Commercial Center. We talked as a group, about our music, about all the censorship our band has suffered.

I’m not sure if this had something to do with the arrest. We left there, partly by bus and partly walking, to get to the party of a friend. We were relaxing sitting there and suddenly we saw the patrol that stopped dramatically. The police got out, asked for my ID, and told me to show them the entire contents of my backpack. We didn’t have anything to hide, I showed them my things and said, “And this is my medication.” The only thing they have as evidence of a supposed crime they’re trying to involve me in are two “fucking” pills.

Supposedly the police present the facts, not valuations or judgments, because that’s would make them a Court.

Do you think the pressure exerted by the media was crucial in your being released on bail?

I think so. Pressure from the medial is crucial. I thank my friends, the media in Miami, who always respond to this kind of abuse. Every time the media exposes the helpless position of a detainee, they limit the spaces of impunity in the behavior of the repressive bodies. I thank them from my soul. The first thing I advise is to lodge the complaint.

After all those hours locked up, it was Monday and they came to my cell and asked, “Do you have something there to call your family?” I told them, “No, but I need to, because among other things I need Carbamazepina, and you won’t give it to me.”

The police even gave me a card to use the public phone, and told me they were going to “bail me out.” I was surprised, because that right is not usually recognized by the police. I asked, “Did my friends already get me a lawyer,” and they said, “No, we decided among ourselves.” I think it was from the pressure of some of the media, thanks to the journalist Reinaldo Escobar, who was the first to make it known.

But I think they might be waiting to drop everything that has taken shape in the media and at a specific time, when it’s no longer being talked about, they’ll summon me to court and do what they please without any coverage or scandal.

Or, in the event that they see they have very little to arrest me for, and it’s going nowhere, they’ll wait until they have a kilo of cocaine to accuse me with because for two pills they’re going to make the same mistake again, “We know that with two pills we’re not going to put him in prison, let’s put a side of beef in the refrigerator.”