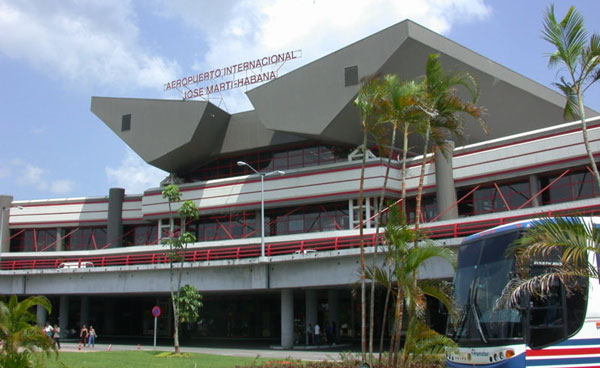 “When I had not yet recovered from the pain of losing my mother, I found myself unprotected and enormously depressed at the death of my brother”, wrote Alvarez Rojas in a letter to some of her friends. She decided to take the remains to her motherland and share such a painful loss with her relatives in Cuba.

She went through all the bureaucratic requirements demanded by the Immigration and Foreign Department to go to the island. She had her passport extended, also had legalized her brother’s death certificate and paid all the consular tariffs. Last March 23rd, she left the African continent with the flight KL 0592 and landed in Cuba the ext day at 6.00 pm.

She was surprised when an immigration officer told her at the window, that she was not allowed into the country and did not know the reasons. In a separate office she asked them to check her name. In the year 2011 she visited Cuba twice without any trouble. She did not come to have holidays. Her mother was suffering from a terminal liver cancer. “You can not come in and that is all, your embassy in South Africa is the one responsible to explain the reasons”, answered the officer.

The officer tried to find out why the entry was denied. “Did you pay your tariffs at the immigration office in Cuba?”, she asked. “Yes, I did”, answered Laura. “Did you fight with anyone?”, she asked again. “Never, neither before nor later”, she rejected. “Did you visit some places?”, she continued asking. “My visits were to the hospital to transfuse my mother, to immigration and to the airport”, she refuted.

In a bag she had Alberto’s remains. “To the persons whose entrance to Cuba is denied, the luggage is not allowed”, added the immigration officer. “Ask the embassy to send the remains of your brother using diplomatic mail, she woman advised.

Desperate, she phoned her husband, a doctor who deserted and who had been working for approximately 10 years in South Africa, her sister who was waiting for her outside and the consul of her embassy. “Turn off the phone, you can not communicate with anyone else”, the officer advised to her. The woman “became furious and took my phone”, added Alvarez Rojas.

Laura insisted in bringing in her brother’s remains. “They saw me like a crazy one talking to all officers, I was locked in an office and some body took me by the neck, breaking my rosary”, she stated.

In spite of the mistreatment and physical aggressions, she insisted on her purpose. “I kneeled and begged to give the remains of my brother to my sister who was waiting outside, I could be returned, I did not care”, she insisted to another officer who was watching her in the office.

Laura did not make it. She was seated in the flight KL 02724 the same day, in the same airplane she had arrived. The pilot was told she was an illegal person for being delinquent in Cuba. The man was furious when the young lady showed her papers in order, the ashes of her brother’s and the death certificate of the embassy.

The pilot complained. It was not the first time it happened. “I was returned without a pre-ticket so that once in Holland I had to pay my ticket to South Africa again”, argued Alvarez Rojas. He refused to board her without the ticket and warned he would report Cuba through his airline, for the frequent abuse to its citizens.

The crew tried hard to assist her. “They made me feel like a person since the treatment received in my country was that of an animal”, she continues. “I was not carrying a dead dog, I was carrying a part of my Heart”, said Laura in a desperate attempt to find comprehension and solidarity for what had happened to her.

“They did not let me cry my pain for my loved ones, neither did they give me the right to hold my sister who was crying desperately on the other side and I was forced to come back here with the remains of my brother, unprotected heart, broken hope, and the biggest disappointment in my life”, she ended.

Laura insists on an explanation at the Cuban embassy in South Africa, although she knows there is no reason for what has no explanation. However, she is wrong when she says no one can understand what she feels. Cuban authorities treat many of its citizens like this. No doubt it is a cruel treatment, brutal and humiliating.