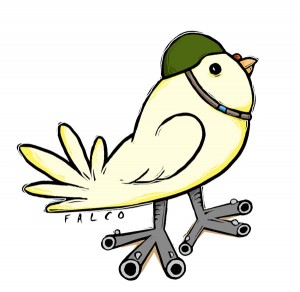 On Saturday, August 7, Cuban television aired another chapter in the media tragicomedy of Fidel Castro Ruz, who chaired the special session of the so-called People’s Power National Assembly, to which he spoke about the disaster that will be triggered in the Persian Gulf if the U.S. government dares to underestimate the threats of Iran, whose government is developing a plan of nuclear weapons, destabilizing the region.

The parliamentary track became a pre-scripted session of claiming the limelight. Castro resumed his role of universal guru and the deputies confirmed their loyalty to the tyrant, interrupting him with applause, complacent questions, and congratulations on his 84th birthday. Without moving from his chair, the former leader showed off his dramatic poses, enhanced by his raving verbal and mental excesses; meanwhile, the entourage of fawningly servile adulators, avidly listened to the Caudillo’s prophecies.

More than a conclave of national interest, the Saturday assembly between the despot and his legislators, became a meeting of shadow plays that accentuated the desperation. Neither the yawns of the Caudillo’s brother, multiplied by zero among so many blunders, nor Alarcon’s caution in conducting the “debates,” justified the irresponsible diatribe of the aged commander, sick from power and prominence.

In this role play of Fidel Castro he fired his last cartridges against the people of Cuba, suffocated by half a century of totalitarianism. Castro, like Stalin, Mao and Franco, intends to rule until the end of his days, with the the reins of power in the hands of his worshipers, whose veneration and servility are beyond doubt.

Castro fought his own war against our island, though disguised his legacy of deaths, mass exoduses, economic devastation, collective misery, generalized corruption and external dependency; camouflaged in speeches from his own barricades of the Cold War, when he was exporting the Socialist Utopia and destabilizing the countries in the region.

The cynicism of the cacique and his vassals elicits guffaws more than sympathy. His recent public interventions, the “reflections” that his amanuenses write in his name, and the 800-page tome on the strategy of his victory, represent his closing mutterings.

In reviewing the Parliament session of August 7, the foreign correspondents accredited in Havana will be respectful and circumspect. Perhaps Patricia Grog, Andrea Rodríguez and Fernando Ravsberg will show their admiration for the island patriarch and describe the warnings against the United States, which now “seeks to humiliate the people of Iran,” whose ayatollahs are Castro’s allies.

Cubans, weary of tragicomedies and verbal bombast, know that Castro’s prophecies of war and the applause of his legislators, are one more branch on the tree of cynicism. More of the same from the pit of inertia.