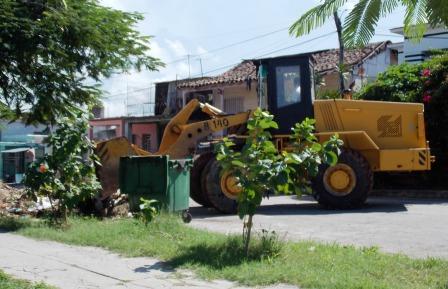 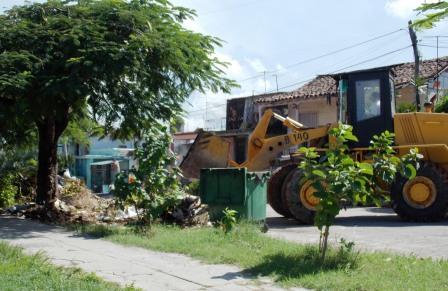 The constant appearance of micro trash dumps on Havana’s streets is one of the reasons the Aedes Aegypti mosquito — carrier of dengue fever — cannot be eradicated.

Despite the fickle efforts of the Ministry of Public Health and the authorities of the Municipalities in the capital of the country. The eradication of micro trash dumps and the proliferation of the Aedes Aegypti mosquito are from completion. So the increase in detected cases of Dengue Fever is something still unexplained in the official media.

The micro trash dumps are created as a result of lack collection of solid waste and contaminates. To which you can add the irregular hours of collection and in many cases the lack of vehicles for treating and transporting the trash.

Recently, the authorities have been forced to deal with these micro trash dumps by joining forces with other official entities.

A neighbor of the place where I took these photos, on learning where they would be published, whispered to me, “Brother, Havana is no longer ’The Capital of All Cubans.’ Now it’s ’The Capital of Trash.’”