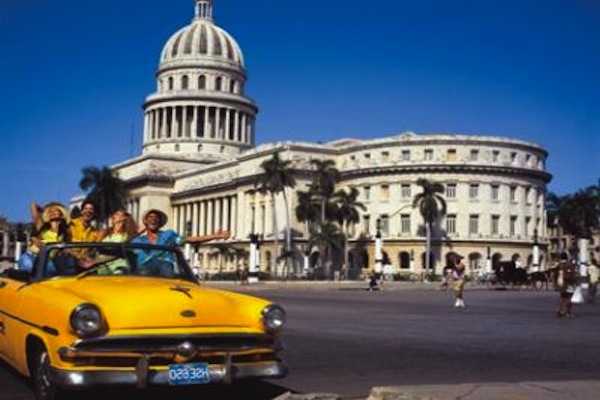 It would be interesting to know Ritzer’s opinion about the great theme park that Cuban has been turned into. Or the several sub-parks that it’s divided into, according to the interests of the visitor.

For ideological tourism, Cuba continues to be the mecca of the world left, now before than yesterday, in the face of the proto-capitalist reforms, they call them “Guidelines,” updating the economic model or as they call it, taking it apart and auctioning off the pieces. 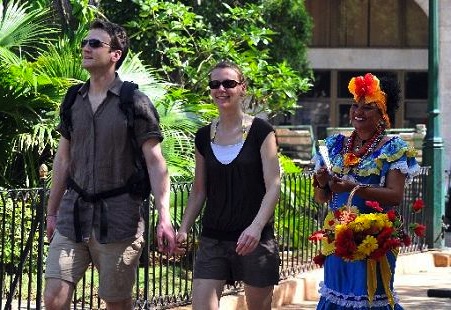 Then, they rush to make the pilgrimage before the Revolutionary story is exhausted, the almendrones (the old American cars) stop rolling, before they tear down the old buildings and the prostitutes and pimps adjust their rates to those of Bangkok or Amsterdam.

Of the Revolutionary utopia, all that’s left is what the tourists see, planned in advance, and that’s exactly what the guides show them. The tourists don’t like unpleasant surprises or upsets. Before, with unpredictable people, they could ruin their day talking about their troubles; the tourists prefer to talk with happy, helpful people, salsa dancers like they expect them to be, although they can get rude about the tip.

The do indeed assume that here the Revolution doesn’t abandon anyone to their fate, instead of certain crazies and beggars who roam the street, the tourists prefer to take pictures of those who resemble the Comandante, those old guys with the long beard, olive-green shirt, military cap, and licensed by the City Historian as “extras.”

The Havana on sale from Eusebio Leal is like that recorded by Landaluze. A shed to raise hard currency. Tourist postcard folklore. Orthodox mosque and cathedral without worshipers. A garden-cemetery for the rich, with colorful earth and the shadow of a convent. Black-robed fortune tellers with Bayajá scarves.

A virtual Havana, sepia, Technicolor or olive-green: of the wallet and the private taste of each person depending on how they color it. 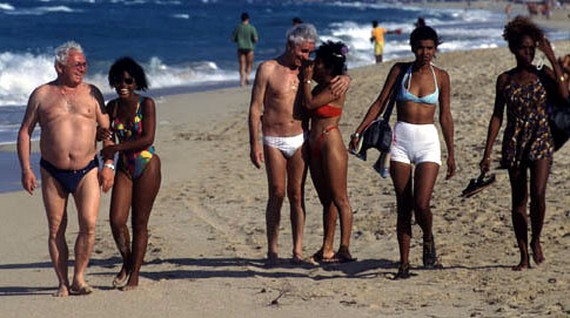 A picturesque scam just meters from the deep, real Havana. The one that talks loud and swears so as not to explode from rage. The city that smells of the rum and roast pig of hard currency restaurants, with stinking sewers, sweat, grease, coffee mixed with God knows what, dirty reefs and uncollected garbage.

In the midst of the Havana tournament for the crumbs of tourism, foreigners wander around sunburned and laughing, as if they were in the best of all worlds. That other that says it’s possible and that they seem to see embodied in Cuba, where the only annoying thing is the heat.

They roam between the columns, gratings, establishments with first world prices, and buildings in ruins. Dour police in black or grey berets everywhere they look, with their rubber nightsticks and unmuzzled dogs, keeping order. If they exaggerate the task, no matter. They are the guardians of the park, don’t forget, and the place is also under siege by the Yankees, which explains any inconvenience.