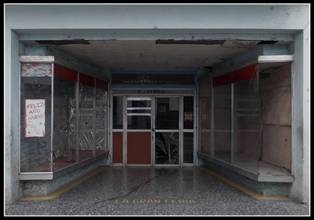 For years, stagnation was a constant of Cuban-style socialism, as it was in the socialism of Eastern Europe. Starting in 2006, with the change at the helm, it seemed as if the country was going to awaken from its long lethargy and start to move forward, albeit too slowly for many people. A few timid steps were taken, but they were enough to create some hope that, finally, we would begin to travel along the correct path, leaving behind years of failed experiments and constant political, economic and social improvisation.

There began a process of eliminating absurd prohibitions, which pleased everyone, although it was known that the contents of our wallets would be insufficient to fund such niceties as travel, hotel stays or buying a car or house. It also seemed as though the economy was going to begin to take off, salaries and pensions would improve, and we would begin to live as normal people. Congresses and conferences were convened wherein short-, medium-, and long-term plans were discussed and approved which, according to their creators, would facilitate our secure path towards development, without pressures but also without slow-downs.

Some years have now passed since then, and the scene has changed but little: agriculture continues to lag behind the demand for reasonably-priced foods for the majority of citizens, livestock breeding continues to be stagnant, milk production is seriously below national demand, basic industrial products are scarce, health and education services get worse daily, the lack of hygiene is widespread, the state of the epidemiological system is worrisome, streets and sidewalks remain broken and unrepaired, buildings collapse and new housing units are not built, businesses are deteriorating and under-supplied, and incivility is rampant.

The list of problems could go on ad infinitum, adding to it, besides, the prevailing corruption, diversion of resources, social violence and generalized indiscipline. It appears that erstwhile gains are insufficient, or that actions taken do not resolve the problems that prompted them. It could be that, without realizing it, we are falling once again into stagnation.

It is true that it is unjust to own lands when the owner does not work them, or when the lands are unproductive. However, it is also unjust to work them and make them productive, and not own them. The same thing happens when business properties are legally transferred to non-agricultural,autonomous cooperatives. After the State, through its interventions, nationalized these properties when they were in good condition and let them deteriorate, now it pretends that the responsibility to repair them falls on the private proprietors – while the State continues to maintain ownership of the real estate.

We are face to face with a reality. As long as the State, which during 56 years has demonstrated its economic illiteracy and its incapacity to make productive ventures out of agriculture, livestock breeding and industry – as well as being unable to run its enterprises and services at a quality level – continues to try to maintain itself as the absolute owner of everything in the name of the people (that generic entity) – and doesn’t permit real Cubans the exercise of real private ownership, nothing will work.