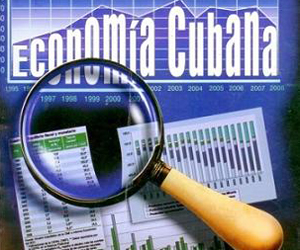 HAVANA, Cuba , August, www.cubanet.org – Among the best thought-up institutional ways of stealing was, for a long time, the “Inventory Adjustment,” a concept introduced in commercial enterprises, which allowed them to absorb a kind of black hole of countless “oddities,” which were not being analyzed and much less being called by their name: Theft.

Inventory Adjustment was a standing item on the agenda of the Board of Directors. Masking multiple benefits through misappropriation, that no one dared to denounce, for fear of being frowned upon by the other leaders of the company.

At the end of the month, all the warehouses undertake a count of their products, but there was always a disconnect between the records of the department of Economics and what really existed. This is called “Inventory Difference,” a concept where losses occur due to deterioration, breakage, confiscation… in numbers that reached tens of thousands of pesos, which added up between all the companies in one province could amount to millions, and which grew each year, to an uncontrollable point.

The difference in inventory was a complex economic event where several factors converged. From broken roofs which let the rain in which in turn spoiled many products, with the reports doubling or tripling (and with the “losses” later sold on the black market), to unpunished “credit notes,” where the sole signature of the Head Manager justified spending money from a bill in the cash register directly to the pocket.

In the wholesale companies one anecdote became proverbial, which occurred in warehouse 637 in Guantanamo, when surprise inspection found a half ton of rice accounted for as “sweepings,”  that is not fit for consumption, having been spilled during the downloading. With irony, inspectors congratulated the warehouse workers, “for having collected the spilled rice to pack it back into the bags, and then seal them, as if they had just left the producer in Brazil.”

The ultimate of these company directors, deputy directors, accountants and financial managers, was to institute an internal call for “Inventory Adjustment,” which , at the end of the month, magically erased 14% of the difference issued in inventory. That is, of every hundred thousand pesos, twenty-eight thousand are automatically subtracted first day of each month.

Very few of these authors of authorized embezzlement ever paid for their crimes. Today almost all are retired, or dead. Those who survive look askance at the new Comptroller, and — although they know that corruption is alive and kicking —  the take as their greatest enemy the new discourse that calls for a fight against it. They dream of the happy times when no one talked about the issue, when everything was easy and everything was resolved with “Inventory Adjustments.”

Frank Correa, born in Guantanamo in 1963. Storyteller, poet and freelance journalist. He has won prizes in the Regino E. Boti, Ernest Hemingway and Thomas Savignon contests, all in 1991 . He has published a book of stories, La elección.  beilycorrea@yahoo.es