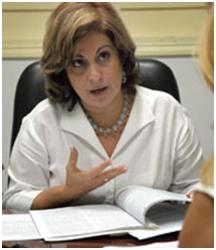 The Cuban Legal Association, an organization of independent lawyers, lodged a complaint on 24 June before the Second Chamber of the Civil and Administrative Popular Provincial Tribunal of the City of Havana, against Justice Minister María Esther Reus González, for refusing permission for the legal constitution of the guild.

The event, described as exceptional by the jurists, is unprecedented in the 51 years of “Revolution.” It is the first time that a dissident organization has brought a legal action in court against a government representative.

The Cuban Legal Association, founded on October 1, 2008, provides legal advice to citizens who require their services. It also has among its objectives to raise the level of legal awareness of Cuban civil society. All this is done on a non-profit basis.

The Agency of the Central State Administration (OACE), chaired by Reus González, was silent at three distinct stages with respect to the request for a certificate, when it was supposed to certify whether there was another NGO on the island with the same name or purpose as the Cuban Legal Association.

The first two requests were directed to the Head of the Department of Registration of Associations, in April 2009 and March 2010. The third request was made, by means of an appeal, to Reus González, for breach of legal formalities.

The lawyers union gave notice at the expiration of the term for responding to a citizen petition, as provided by the State Constitution and the Civil Procedure Act. The document is the first step in the process to legalize a non-governmental organization (NGO), as required by the Regulation of Law No.54, “Associations.”

The lawsuit was filed by the justice group on 29 June, with the intent of challenging the decision (administrative silence) by the Department of Associations of the Ministry of Justice (MINJUS). At that point the court has precise legal time periods for acting. The presiding judge of the case will be Jolene Pereira Basanta.