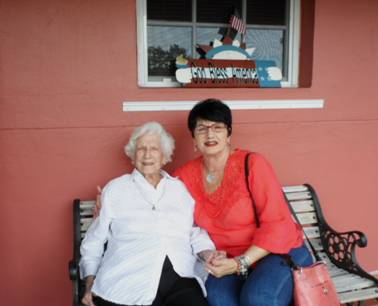 My aunt is one of the many thousands of Cubans who never tires of thanking that nation that welcomed her and permitted her to safeguard the security of her adolescent son, giving her the opportunity to work and forge a better and more secure future.

Even so, since her prolonged exile, which began in 1961, she does not let a single day go by without thinking of that marvelous land where she was born, studied and had a beautiful family and which she never intended to abandon until she found herself forced to do it.

Within days she will turn 99 years old and still she keeps dreaming of returning to a free Cuba, although she is now aware that those who will enjoy that forthcoming moment are going to be her grandchildren.

Happy July 4th to the nation and people of the United States of America.