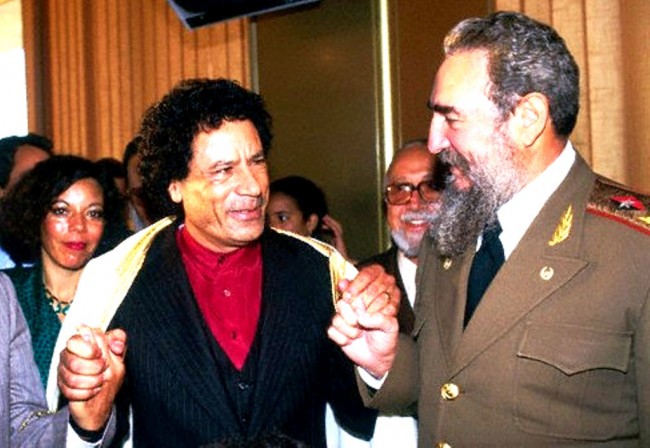 Dictators are a unique family no matter how you label them. They can be populist, authoritarian, fascist, totalitarian or Marxist. And almost always the sum of all these classifications.

Most autocrats enter through the back door in societies that are not working, crippled by corruption and serious economic crisis. They can promise work, bread, butter and living space, as well as auto austerity for all German families. This was the case of Adolf Hitler, the greatest and finest example of a paranoid tyrant.

The Jackal of Uganda, Idi Amin used to eat human flesh. Stalin felt a compulsion to kill human beings by the millions. In Haiti, Duvalier Jr. collected Ferrari cars, while his private army slaughtered opponents with machetes. Now the disgraceful Haitian dictator wants to return to politics. Such things happen.

In Argentina, for the military dictatorship it was a hobby to throw people alive from helicopters. Trujillo in the Dominican Republic, Franco in Spain or Ceausescu in Romania, as if they were vampires, were fond of human blood.

In Cuba, Fidel Castro did not pull the trigger as hastily as his rivals from other places, but with his capital blunders, he destroyed the continent’s second economy, like breeding dwarf cows to produce large quantities of milk. Not counting that he brought the island and the world to the brink of nuclear war in 1962 nor his subsequent war games in Africa.

But the champion of the dictators is the Libyan Muammar el Gadaffi. He is the classic perverse and eccentric character. Everyone knows his hobbies. The same one who planted a tent in Manhattan, accompanied by 200 virgin bodyguards, sent a message by radio to his agents in Europe to blow up a civilian airliner full of passengers in mid-flight.

It’s disgusting to have relations with sinister people. I am ashamed that my country is anxious to defend Gadaffi. I do not understand how Castro condemns terrorists like Luis Posada Carriles, and defends the corrupt, murdering and peripatetic Libyan sitting on a balcony with his trusty green book.

There is no justification for being friends with such characters. Tyrants tend to behave as a clan. They defend each other. When Castro looks in the rearview mirror he sees with distress that the Bedouin could have his days numbered. Perhaps out of sheer survival instinct he defends him. Chavez and other apprentice caudillos should also condemn him.

Western democracies deserve their share of the blame. After the madman of Tripoli decided to save millions in Swiss and European banks and put aside the C-4 and terror, the heads of modern and civilised states raced to flatter him and give him a chance.

A part of the ills afflicting the planet today is attributable to the lukewarm and indecisive Democrats. For a while now Gadaffi should have been sitting on the bench of an international tribunal. Now they are paying the consequences.