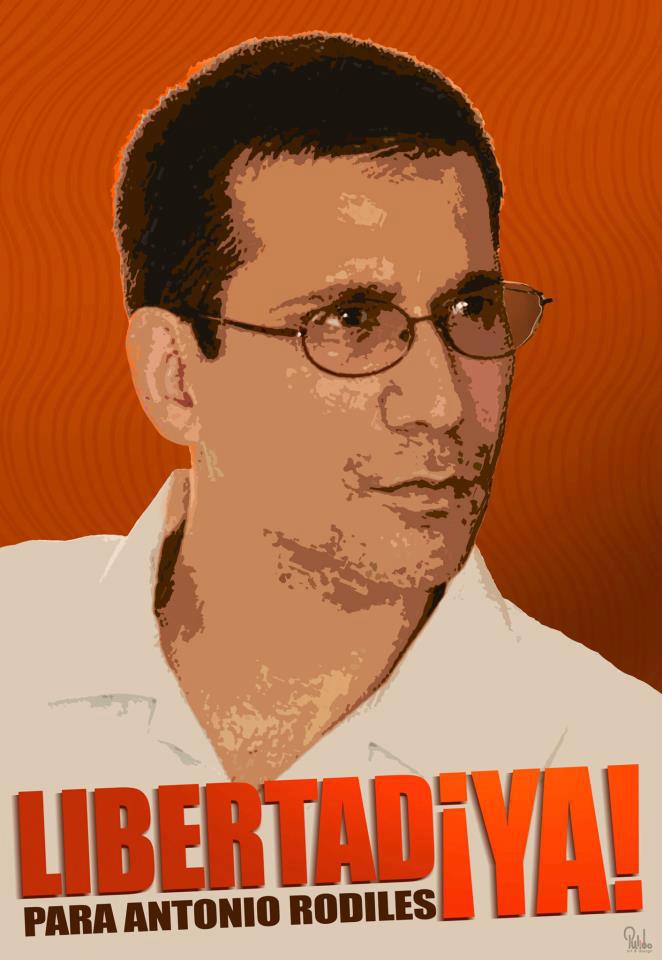 Since the evening of Wednesday, November 7th, independent civil society activist Antonio Rodiles has been detained at the police station on Acosta Avenue, in the Havana municipality of Diez de Octubre. It was reported that he was beaten in the face and other parts of the body, and has been without food or water demanding his freedom. One of the henchmen threatened him by raking his gun against Rodiles’s head… not surprising, given the rich Latin American dictatorial tradition of the impeccable military uniforms. Of thirty-some arrests that took place last week, only Rodiles is still locked up. It is said that the authorities are accusing him of contempt, resisting arrest, and, more recently, it is presumed that they seek to prosecute him for a more serious crime: assault. The intention is clear: we must imprison the leader of the idea that is causing the generalship to lose sleep.

Those of us who know Antonio Rodiles and are committed to his civic cause know that so much official cynicism is the effect of the Cuban government’s fears of the claims of peaceful opponents. The campaign Por Otra Cuba — For Another Cuba — which collects signatures of hundreds of Cubans demanding the ratification of the Covenants for Rights signed by the authorities February 2008, is a threat to the immunity of a totalitarianism that has dominated Cuba for more than five decades. The moral force of dissent and the experiences of hundreds of decent Cuban over the years, seem to filter down to the spirit of resistance that has hatched among broad sectors of society and is taking shape in the consolidation of citizen projects such as the Estado de SATS, the Cuban Juridical Association, the bloggers’ platform Voces Cubanas, the Razones Ciudadanas project, the group OMNI Zona Franca and many others of different tendencies but with a common goal: a democratic Cuba.

The oppressors’ fear is so great that the police station where Rodiles continues to be confined is protected by a strong operation to prevent the development of groups to demand the prisoner’s release. They know that he is not alone; dozens of his traveling companions are waiting for him and keep a constant demand for his release. It should also be noted that it is not necessary that we plant ourselves before a den of thugs to continue our peaceful struggle. The Demand is being signed, reluctantly, by other Cubans who are becoming more aware. The people’s yearning for freedom cannot be contained, that is why repression is achieving the opposite effect when it attempts to quell the rebellion by means of terror.

We should strongly oppose the conspiracy. Freedom for Antonio Rodiles. The Covenants of Rights must be ratified.