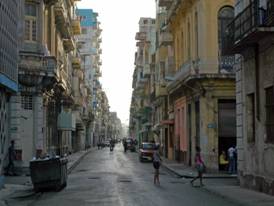 On the 27th, after serving his sentence, one of the “Cuban Five” spies was released and subsequently deported to Cuba. For several days, the official press and the authorities have launched a media circus, which starting today will grow. There are only three now serving sentences in U.S. prisons. I am sure, however, the manipulative media campaign will continue to talk about five. They have a lot invested in it and it would be like renaming an already known product.

This, ultimately, is nothing more than a publicity campaign like any other. In addition, it’s always cost the Cuban authorities time and work to react to reality. If once, many years ago, they were considered revolutionary, for decades now they have been profoundly reactionary.

It seems that time doesn’t pass in vain, and the old men of today find it hard to change something, fearing they will lose everything. It’s understandable: age no longer allows them to start over.

The issue of the spies, rather than an act of humanism, is a way to entertain a part of the population, so they forget their everyday problems, and to make some sense of the absurd protests and demands of the “government’s friends” abroad, which also assures paying tourists for the Cuban people, and feeling like they star in something, the more to the left the better, to be different to most.

There’s someone else who, I’m sure, contrary to their natural feelings, would prefer for the situation to continue, so that they don’t lose their “little goodies,” which they’ve been enjoying for years: their families. From ordinary unknown citizens, by the work and grace of the authorities, they have become public figures, who travel, dress well, give lectures, participate in events, receive awards, and who have resolved their problems of housing, transport, food and clothing, all at the expense of our pockets, because their “merits” shine by their absence, a non-being who on a new scale of values, is considered a “merit” to be a family member of a confessed spy.

These are some of the absurdities that persist in Cuba and that have disrupted our society, making the young and not so young people prefer to emigrate, and the old, condemned to their misfortune, dream of better days in the years they have left to live.