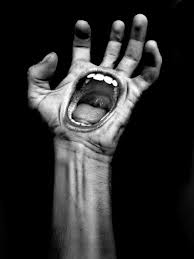 These are bad times for the word, gray days for a philologist. The main problem is not the abundance of vulgar expressions, which can even be revealing in a linguistic and sociological analysis. The saddest thing is the decline of articulate speech, the fear of pronouncing words, the expanding silence. “A man who is a man doesn’t talk too much,” a vendor told me this morning when I insisted on knowing if the cupcakes were guava or coconut. Later I received a grunt when I inquired of an official about her office’s opening hours. To top off the day, I got nothing more than shrugged shoulders when asking where the bathroom was in a coffee shop.

What is happening with the language? Why this aversion to expressing oneself in a coherent manner with well-structured phrases? The tendency to monosyllables is quite worrying, as is the use of signs instead of sentences with subjects and predicates. Who said so many people talking is a sign of weakness? Do adjectives show laziness? The phenomenon is widespread among young men because in the macho code loquacity is at odds with virility. A punch, a sneer, or simple babbling, have replaced fluid and well enunciated conversation.

“I’m not going to discuss it…” boasted a man, yesterday, to a teenager trying to tell him something. Meanwhile, the latter was shouting, and instead of using words he was waving his hands around as a warning, the preferred code of slaps. The worst thing is that for the vast majority who witnessed the altercation, that individual was doing the right thing: don’t talk too much and get on with the fight. Because for many, talking is giving in, arguing is a sign of weakness, trying to convince people is cowardly. Instead, they prefer shouts and insults, perhaps an inheritance from so much aggressive political discourse. They opt for the almost animal growl and the slap.

These are bad times for the word, party days for silence.