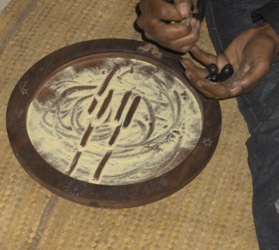 Movement is a universal property: nature changes and society  changes. The difference is that changes in nature respond to  objective laws which operate with or without human involvement, while  history is made by men, allowing them to hasten or delay change, but not to stop it. The  need for social change manifests itself as a permanent dissatisfaction with  what has been achieved, which makes society a perfectible entity.

In Cuba,  the convergence of various factors – internal, external, historical, sociological  and cultural – at a specific time and geopolitical space, led to the prevailing immobility of the recent decades. But these same factors, together with new ones, have placed the limits of immobility on the agenda. A  reality that the authorities of the country, long entrenched in the  idea that Cuba has already changed, have acknowledged in their discourse – the  need to change whatever needs to be changed, or update the model, or both.

Attempts  to homogenize the pluralistic society, changing the citizenry en masse, ignoring  the vital role of rights and freedoms to determine what, when, and  how to do things, first led to stagnation, then to decline, and finally resulted in a  resounding failure with significant material and spiritual  damage.

Although  the infeasibility of the model has brought the economy to the point of collapse, the  system continues to cling to an ideology with no future, to the point that, to  paraphrase Lenin’s definition of a revolutionary situation, the coincidence in Cuba of: the exhaustion of the model; the stagnation of the nation;  public discontent; external pressures; and consensus for change, forms an objective picture showing that those underneath do not want, and those above are not able, to continue as before. In this context, while clinging to immobility and the politics of  confrontation, a series of events happened very early in 2010: the government denied entry to Cuba to a Member  of the European Parliament, the Socialist Luís Yáñez; the  political prisoner Orlando Zapata  Tamayo died following a  prolonged hunger strike; a similar strike was started by the dissident Guillermo  Fariñas; and there were various manifestations of repression against the  Ladies in White, which formed a new scenario at the very time when the  government announced the “update of the model.”

Behavioral  change was manifested in accepting and allowing previously unacceptable acts, such as: allowing Rosa Diez, leader of the Spanish Progressive and Democratic Union, what had earlier been forbidden to Luis Yáñez – to enter Cuba with a  tourist visa and meet with several dissidents; the Cuban foreign minister  meeting with the Troika of the European Union, where they raised the proposal of Cuba’s  willingness to continue dialogue despite the alleged “media campaign  against Cuba”; and the meeting of the Cuban head of state with authorities of the Catholic Church, where they addressed the issue of the  Ladies in White, Fariñas’s strike, and the release of prisoners.

But while this change in behavior does not mean that the political  will exists to democratize Cuba, there is an important practical result: the failure  of inaction, as the issue of the prisoners could be a prelude to other  urgent claims of society. I refer to rights  relating to freely leaving and returning to the country, free Internet  access, or freedom of expression, to name just three of the many needs of Cubans.

If the  government’s tactic consists only in releasing prisoners to change the external  appearance and to gain access to plans of cooperation and funding sources, it is on  the way to a new and resounding failure. To avoid  this it is important that, in the absence of an independent civil  society with the legal recognition to act within Cuba, the international community,  while encouraging the release of prisoners, should place on its agenda with Cuba  the need to ratify human rights pacts signed more than two years ago and put  the domestic legislation in line with those documents. It would be a  grave mistake to implement aid to the government without it demonstrating its readiness to go beyond the liberation of political prisoners, which  did not help either the government or Cuban society.

The desire to change must be demonstrated  with the implementation of human rights, based on the dignity of the person, and the acceptance  that, along with the government’s attempt to update the model, citizens  enjoy the right to propose alternative models, which implies renouncing the strategic interest of remaining in power forever. Citizen participation parallel to that of the State is a requirement of modernity. Cuba has changed  throughout its history and yet we are in a deep structural crisis, one  of the causes of which has been the weakness or absence of civil  society, that place of interaction and coexistence of diverse interests,  where their autonomy and independence from the state constitutes an  irreplaceable instrument for citizen participation.

The demonstration  of the ability to retain power cannot be extrapolated to progress in  the economy, which also indicates that it is insufficient to stop history. Everything  changes, and Cuba is changing.

To comment on this article please visit:
Dimas’s Blog