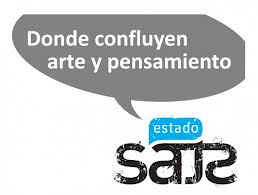 A Security of State operation carried out in cooperation with the National Revolutionary Police (PNR), blocked participants from attending Estado de Sats this Friday, August 10, 2012; but those in charge of the Cinema at All Costs didn’t cancel the projection of the documentary “Knockout” planned for this day. Around 30 people participated.

The Estado de Sats projects was sabotaged by Cuban State Security in the afternoon. Starting at 6:45 pm the participants began to arrive, but not all of them could reach Antonio Rodiles’ house, several were arrested, others on seeing the wave of police decided to return home.

Antonio Rodiles and Ailer Gonzales worried about the low attendance, the comments of those fortunate to arrive on time — 7:10 pm — suspected they were letting people pass who were: bloggers, writers, independent journalists, lawyers, etc. They went out to verify their suspicions and were right.

Antonio Rodiles commented that he had heard about a possible act of repudiation planned for in front of his house, through a friend, and had to go to the 5th police station, at 7th A and 62nd in Miramar where he delivered a document to the 2nd Station Chief, badge number 0037, warning of possible consequences of such acts and provocations.

The projection of the documentary took place, it was made by Dr. Darsi Ferrer, and was about 11 champion boxers, a sport that has brought much glory to the country (Cuba), all of them athletes with one great dream, to participate in the professional boxing league, but time passed and they retired from the active sport and their dream vanished.

Currently these champion athletes fight to live well, against unemployment, the little attention paid to them by the government and many of them lose themselves in alcohol to forget.

Agustín López (Blogger) says, “This documentary reminds me of the Roman circus, where the athletes (gladiators) fought to entertain the people and the leaders. The profits were divided between the personalities in power.”

The activities ended at 10:00 pm and there were still some police circling the area; of those fortunate in having seen the documentary none were arrested.